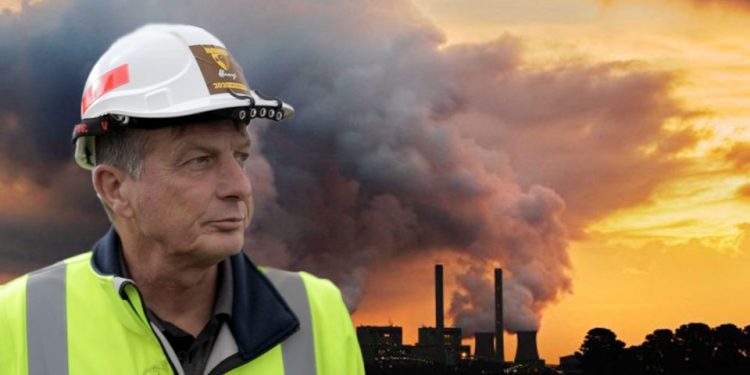 
We’ve had news on Thursday that another two old Australian coal power stations will close earlier than planned.

As someone who has worked in coal power stations for more than 40 years, I can tell you that closure dates being brought forward is no longer surprising, and is in fact now inevitable.

Energy giant AGL brought forward the closure dates of Loy Yang A – close to where I grew up in Morwell, in Victoria’s Latrobe Valley – from 2048 to 2045, and Bayswater in NSW’s Hunter Valley from 2035 to 2033.

I believe these new closure dates are still overly generous, and not an accurate representation of where the outdated coal industry is heading.

The industry, staff and communities that rely on these power stations need to be better prepared and supported.

To put it into context, Loy Yang A emits around 17 million tonnes of carbon dioxide equivalent greenhouse gas each year, making it the single dirtiest power station, and the single highest-emitting facility, in the country.

It is the third-biggest power station in Australia in terms of capacity at a notional 2210 megawatts, and burns brown coal, the most polluting kind.

And as this power station ages, it is also becoming less reliable.

Located in the Upper Hunter, NSW, Bayswater is the second-largest power station in the country and the second-biggest carbon emitter.

Along with gas, we know coal is a dirty, fossil fuel that is driving climate change and are constantly reminded by energy market operators and analysts that fossil fuels can no longer compete with clean, affordable renewable energy like solar and wind.

While news of early closures can be tough to hear for workers still in the industry, such as myself, I think we are all expecting more of these announcements.

No profit, no coal

Coal power stations certainly won’t be generating the same amount of electricity they are now by dates like 2045. Their output will be greatly reduced before then and it will be an economic decision made by private companies as to when they close.

If [private operators] can’t make money from burning coal – they aren’t going to be producing it.

Cheaper renewable energy will continue to force the phasing out of coal and gas, and we will see it happening sooner rather than later.

As this transition happens, the workforce and local communities cannot be left behind.

The Latrobe Valley has an immense opportunity to be a renewable energy powerhouse, with good grid connections and major projects planned, like the Star of the South offshore wind farm I’m involved in.

Australia more broadly has the opportunity to become a major exporter of renewable technology and energy.

Unfortunately at the moment, this transition is being left up to emerging technologies, and private industries are the ones taking on the responsibility of filling this workforce void.

The government needs to get behind sorting out the gaps and developing an overall plan to manage the inevitable transition from fossil fuels to clean industries.

The switch is on

In Victoria, the state government needs to announce a 75 per cent emissions reduction target for 2030, which would effectively require all three of Victoria’s remaining coal power stations, including the one I work at, to close by 2030.

The Latrobe Valley has got large, pre-existing connections to the electricity grid that can be used to put power in or draw power out for energy intensive industries. We also have a large skilled workforce which is very adaptable and we have the social license for heavy industry.

Those are the three things that are crucial to the future of our region and it is essential we focus on these opportunities that present themselves.

Australia needs a plan for a net-zero emissions future, a future that harnesses Australia’s renewable energy and clean industry potential and embraces the highly skilled workforce of regions like the Latrobe and Hunter valleys.

Tony Wolfe is a senior operator at one of the Loy Yang coal power stations in Victoria’s Latrobe Valley, a member of the community advisory board for the Star of the South offshore wind farm and a board director for the Gippsland Climate Change Network.

A Tribute to Kelly Slater: The Greatest of the Greats

A Tribute to Kelly Slater: The Greatest of the Greats