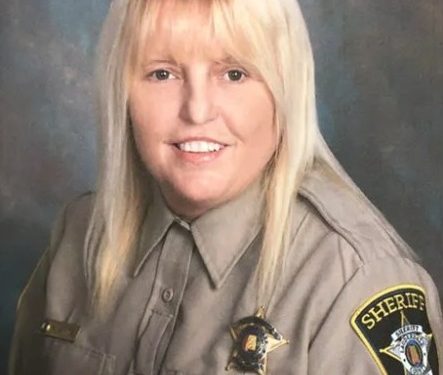 
VICKY White’s ex-staffer says she “has a dark side” as cops probe a theory that her convict lover, Casey White, may be using a wig and a wheelchair.

Vicky and Casey, who are not related despite sharing a last name, went missing from an Alabama jail on April 29. Cops continue to warn that both should be considered armed and dangerous.

“When this happened, it was such a shock,” said Chris Connolly, Lauderdale County District Attorney.

Connolly worked with Vicky for 16 years.

Another former co-worker of Vicky’s said he doesn’t think she’ll be found.

“She is calculated enough that she has thought this entire thing out,” the former employee told NewsNation. “She definitely outsmarted the sheriff, the administrator of the jail.”

The sheriff, meanwhile, confirmed Vicky and Casey were having a romantic relationship.

Vicky was divorced by lived with her ex-husband until his death earlier this year from Parkinson’s disease.

Her mother, Pat, lived right next door and said “this is not the daughter she knew.”

Through the investigation, detectives learned that Vicky sold her home a month ago and was set to retire from her job as a high-ranking female corrections officer on the day the duo disappeared.

Casey was awaiting trial at the Lauderdale jail when he disappeared. He was already serving time for a 2015 crime spree that involved home invasion, carjacking, and a police chase, according to the US Marshals.

The US Marshals Service is offering up to $10,000 for information leading to the capture of Casey White, and up to $5,000 for Vicky White’s apprehension.