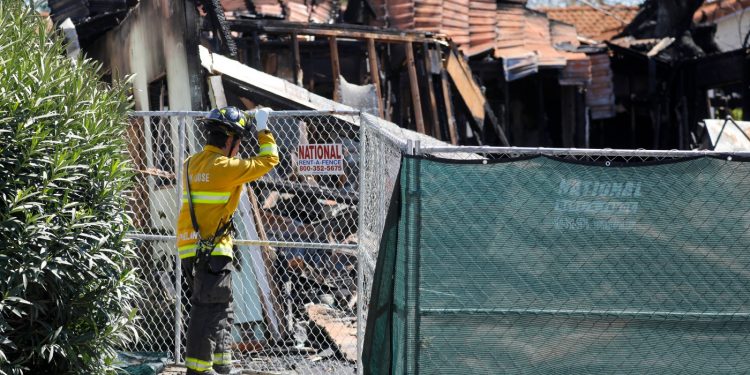 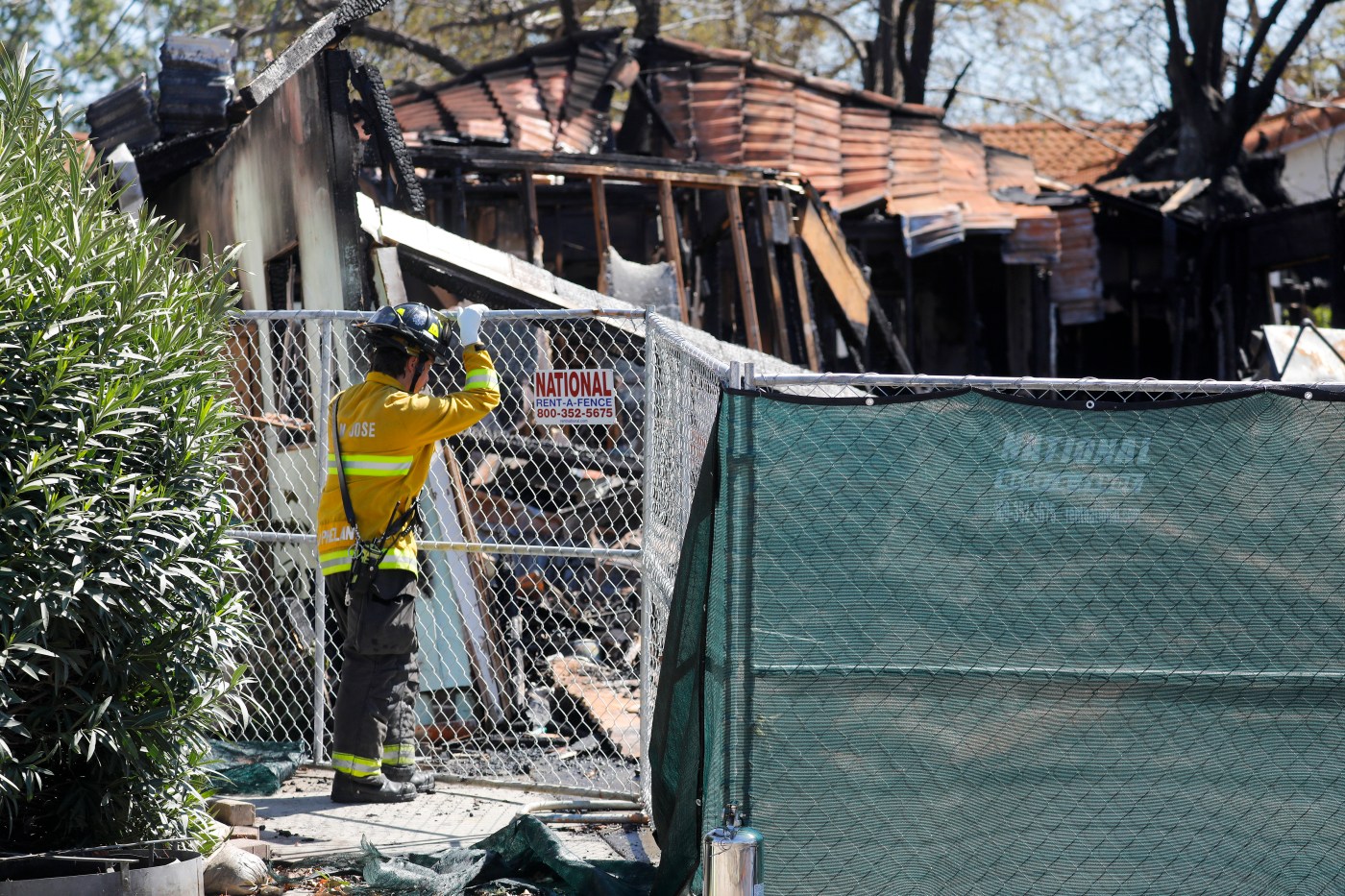 Nearly a month after a three-alarm blaze decimated an East San Jose home and killed one person inside, the Santa Clara County Coroner’s Office has identified the victim as 64-year-old Lawrence Jimenez.

Jimenez died after a house fire erupted shortly after 10 a.m. on March 20 at 1028 Wilsham Drive in East San Jose, according to the coroner’s office. Another individual who was living inside the home at that time was sent to the hospital with non-life-threatening injuries.

The home, which was the subject of more than a half dozen code enforcement cases dating back to 2004, had a fence erected around its perimeter at the time of the fire.

The city’s code enforcement in June 2021 deemed the property “unsafe to occupy” due to substandard housing conditions that included structural hazards and lack of electricity and lighting. During an inspection in January — less than two months before the fire — code enforcement officers found people inside of the home and instructed them to vacate, reminding the occupants that the city considered the home unsafe to live in.

But neighbors said that failed to stop people from coming in and out of the house.

“The city needs to take responsibility because they didn’t do more,” said Tuan Ly, a neighbor whose home next door sustained some damage from the blaze. Ly said he didn’t blame those who were living in the home, adding that he “loved them.”

Rachel Roberts, deputy director for Code Enforcement, said the city was “nearing the point” of taking additional enforcement steps, such as fining the property owner or seeking a public nuisance lawsuit or receivership case through the city’s attorney but that they hadn’t taken any punitive action by the time the fire broke out.

“It was a very complex case,” she said. “We don’t like to penalize people. We try to bring things into compliance as much as we can.”

In an interview conducted the day after the fire, Michelle Mastriana, 52, said that she was living in the home, along with her boyfriend, Lawrence Jimenez and his brother, Leo Jimenez. The late father of the Jimenez brothers owned the home and the property was tied up in court, according to Mastriana and neighbors.

“We were kind of roughing it, but we were trying to renovate it after the last fire,” Mastriana said. This news organization made several attempts to contact the homeowners but was not successful.

In April 2016, firefighters responded to a two-alarm blaze at the same home. Residents told firefighters at that time that someone was cooking and accidentally started a fire, which spread to the attic,  a 2016 fire report states.

Firefighters noted that there was a smoke detector inside of the home that was disconnected.

When asked about that finding, the city’s code enforcement division indicated that it was not previously made aware of the smoke detector issue, calling it the responsibility of the property owner to ensure they have functioning smoke detectors.

How to Remove a Section Break in Microsoft Word