VICTORIA BISCHOFF: Government must not break its triple lock promise

VICTORIA BISCHOFF: The government cannot break its triple lock promise just because the numbers no longer work in its favour

For all the stories that generate large postbags here at Money Mail, one that causes the most anxiety is changes to our pensions.

So it came as no surprise to me to discover our letters department had been inundated with emails from furious pensioners following news last week that the state pension triple lock may be under threat (again).

Chancellor Rishi Sunak is concerned that a freak rise in average wage growth caused by the pandemic could see pensioners benefit from an 8 per cent rise — costing the Treasury an extra £3 billion a year. 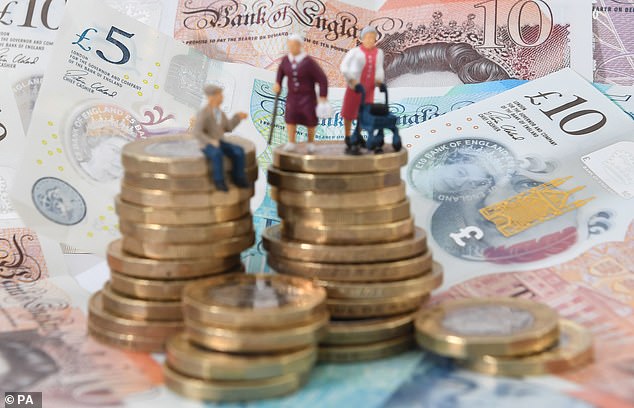 Rising costs: Millions of British pensioners – many of whom are women – are currently surviving solely on one of the lowest state pensions in the developed world

And he hinted that this year’s increase could be reviewed to ensure it is fair to taxpayers who foot the bill, particularly those younger workers who have suffered serious hardship over the past 18 months.

There is little doubt that some wealthier pensioners, who have benefited from gold-plated pensions and soaring house prices, do not need this extra boost.

But there are also millions — many of whom are women — who are surviving solely on one of the lowest state pensions in the developed world.

And, as our readers were quick to point out, they are already struggling to make ends meet, with the return of higher inflation pushing up the cost of essentials such as food and heating.

It is not the first time the triple lock has come under attack. But the Government cannot backtrack on a flagship manifesto pledge just because the numbers no longer work in its favour.

Making any changes without a thorough review of an already complex pensions system as a whole would be unforgivable — and judging by your letters, prove disastrous at the polls.

Younger workers should also bear in mind that, as generous as it sounds, an 8 per cent rise would help boost everyone’s retirement incomes. So supporting calls to chip away at the triple lock now will only hurt their future selves.

Last month, I cynically suggested insurers may already be dreaming up ways to sidestep new rules to end the loyalty penalty.

Hark at me, always assuming the worst. But before I had time to feel a morsel of regret, news broke that Lloyds Banking Group’s insurance arm had been hit with a near-record £90 million fine for mis-leading loyal customers into thinking they were getting a better deal than they were.

Over eight years, the insurance giant sent out nine million letters claiming quotes were competitive, when it knew full well policyholders would get a far cheaper price as a new customer.

How on earth are we supposed to trust these greedy firms to do the right thing?

It’s welcome news that plans to bring in a death tax that would hit thousands of grieving families in England and Wales, with bills of up to £6,000, have been replaced with a flat probate fee of £273.

But given the appalling delays over the past two years, the increase is still unlikely to go down well.

As we report, the firm responsible for uploading wills onto a digital system is continuing to cause mayhem — and hasn’t even bothered to respond to our requests for comment.

To avoid a backlash, the Government must investigate and urgently improve its service.

Last week I asked for your thoughts on tipping, and was delighted to receive so many emails. You clearly are a very generous bunch.

But it was worrying to hear so many tales of hospitality bosses taking a chunk of their staff’s hard-earned tips.

One Money Mail reader said her daughter would get into trouble if she did not encourage customers to add gratuities to credit card bills so the restaurant could take a 50 per cent cut.

Another reader knew of a firm in Liverpool that retained 15 per cent of any tip from a card payment, and 10 per cent of all cash tips.

It’s why so many of you said you always check the server receives any tip, and leave cash if possible.

While many venues are still refusing to take cash over Covid concerns, you can bet your bottom dollar waiting staff will be more than happy to accept it.