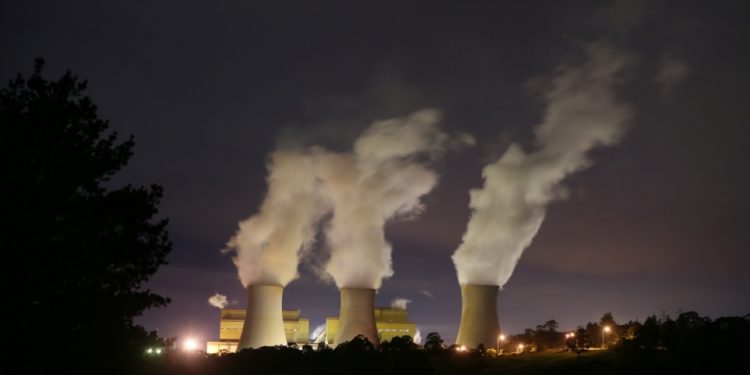 A fire at Victoria’s largest coal-fired power station has decreased its energy output but authorities say there is still enough to keep the lights on.

Firefighters were called to Yallourn Power Station in the Latrobe Valley about 6.20am on Wednesday in response to a blaze in one of the coal storage facilities.

The blaze has left two or the station’s four generation units out of service.

“We estimate we will be ready to safely return them to service within the coming week,” operator EnergyAustralia said in a statement.

While the fire has reduced the station’s generation capacity, the Australian Energy Market Operator confirmed there is “sufficient supply to meet forecast demand in Victoria at this stage”.

“We continue to monitor the issue,” an AEMO spokesperson said.

About 40 firefighters spent more than six hours fighting the blaze in the stage 2 coal bunker, with crews controlling it by 1pm.

One worker was treated by paramedics at the scene and was taken to Traralgon Hospital due to a reaction to a breathing apparatus. The worker later returned on site to finish their shift.

EnergyAustralia said Fire Rescue Victoria has handed back control of the site and it will inspect the damage to determine what maintenance and repairs are needed, before launching an investigation into the cause of the blaze.

A community information alert was issued urging people who live in surrounding areas, including Moe, Morwell and Yallourn.

Yallourn was damaged during severe floods in June, with a state energy emergency declared over fears the Yallourn mine could flood as cracks formed, placing additional pressure on its walls.

The power station, which supplies up to 22 per cent of Victoria’s energy and eight per cent of Australia’s, is set to close by mid-2028.

It has been operating for 100 years and is among the nation’s most carbon-intensive power generators.