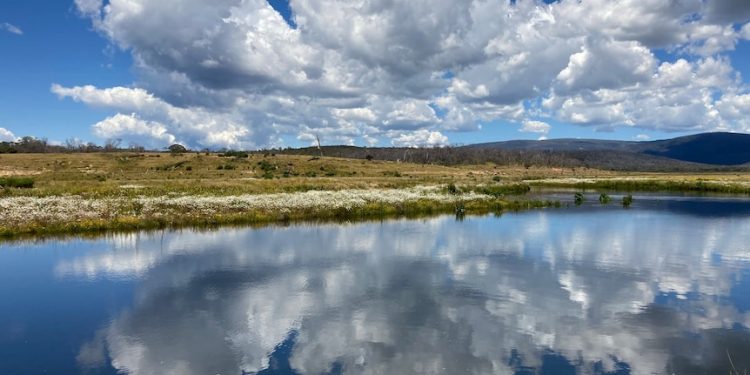 
Residents in the NSW Snowy Mountains have described the death of a Victorian man, whose body was found in Lake Eucumbene, as a tragedy.

The 87-year-old man from Romsey was in a small boat that capsized at Braemar Bay, about 60 kilometres west of Cooma, on Saturday morning.

Police called to the scene were told a man was on the boat, but had not been seen again after it flipped.

“An informant had sighted a vessel that looked like it had overturned,” said Glenn Sullivan, operations manager with Marine Rescue NSW.

“We met with NSW Police from a vessel from Jindabyne and two helicopters … then undertook a search where he was later recovered.”

The body of the man was found by police divers about 4:30pm, taken to Cooma Hospital and identified.

Adaminaby-based angler and retired fishing guide Col Sinclair, who has been fishing in the region since the 1970s, said the incident was a tragedy.

“It’s always a tragic event and tragic for the family,” he said.

Mr Sinclair said it was not the first life lost on Lake Eucumbene in his lifetime.

“We’ve lost way too many lives out there, and unfortunately there are a lot of capsizes involved.”

Braemar Bay is an inlet that sits within Lake Eucumbene, also known as Eucumbene Dam.

Mr Sinclair was fishing on the northern side of Lake Eucumbene near Providence Portal on Saturday morning, and said there was a slight breeze on the lake but conditions were otherwise fine.

However, he said the large size of the lake meant conditions could vary.

“Lake Eucumbene is an extremely large body of water … the capacity when it’s full is like 10 Sydney Harbours.

“It’s in the mountains, which are prone to weather conditions springing up virtually out of nowhere.”

“As this lake has been filling over the last six months … there are a lot of things floating out there.”

NSW Police would not comment further on the incident, but said a report would now be prepared for the Coroner.

The boat will be salvaged and will undergo further examination.