The founder and boss sold around a third of his stake during the float, the biggest-ever on AIM.

But he still owns 46 per cent of the company – a holding that ballooned in value after shares soared by a quarter during the first day of trading. 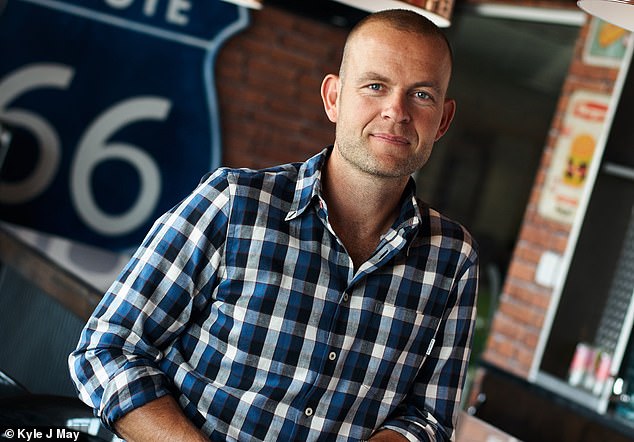 At the start of the day his 46 per cent was worth £390million, By the close it had surged to almost £500million.

And the company’s market value soared from an £850million listing price to £1.1billion. Victorian Plumbing’s wildly successful debut will restore confidence in the demand for large floats in the City.

There has been a string of listings this year but big-name firms Deliveroo and Made both flopped, with Deliveroo’s listing dubbed the ‘worst-ever’.

Radcliffe, 42, founded Victorian Plumbing from his parents’ garden shed in Merseyside in 2000 and has grown it into a business with turnover of £209million and a 500-strong workforce.

The Lancashire group bills is an online shop for bathrooms. It sells 24,000 products from soap dispensers and ladder towel radiators to £6,000 toilets.

Before Victorian Plumbing, Radcliffe became the UK’s first Ebay billionaire at the age of 30 after he set up First2save, a mobile phone accessories business, from the same shed.

He has said he wanted to make money so he could buy an expensive car by the time he was 25 – though he missed this goal and bought a Ferrari when he was 26.

He says he has always been ambitious and hard-working since he was ten, when he lied about his age to get a job collecting eggs at a battery farm.

The entrepreneur has credited his parents and brother with much of his success and gifted them swathes of shares.

Yesterday, he described the float as a ‘landmark day’ and an ‘exciting next step on our growth journey’.

The Radcliffes sold a combined £266million of shares when the company listed, with product director Neil selling £42.4million of shares and their mother Carole flogging stock worth £12million. But they still own 58 per cent of the company – a holding worth around £620million.

Bowcock was previously the finance boss and later chief executive of gambling group William Hill. The shares hit 330p – up from a listing price of 262p.