We’ve pp-picked up a penguin! Moment a penguin hitches a boat ride to the nearest iceberg after hopping on board to escape a hungry seal

This is the moment a penguin hitched a ride on a tourist boat back to an iceberg after escaping a seal attack.

Tour guide and photographer Vladimir Seliverstov, 50, from Russia, filmed the Adelie penguin on board the boat while on an expedition in Antarctica.

The penguin had escaped a leopard seal just prior to jumping into the boat.

After hitching a lift, the penguin stuck around until it delivered back to safety with its friends on a nearby iceberg. 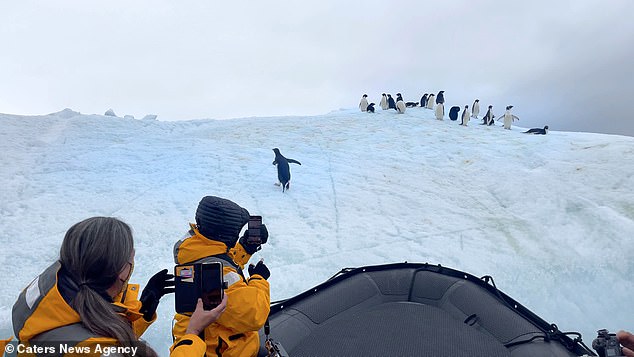 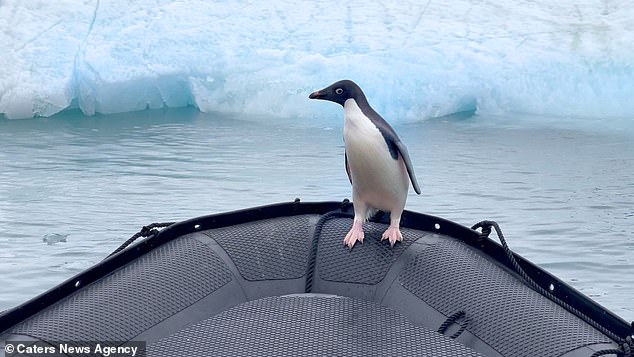 The penguin, pictured, jumped up onto the bow of the boat to avoid the attention of a prowling seal 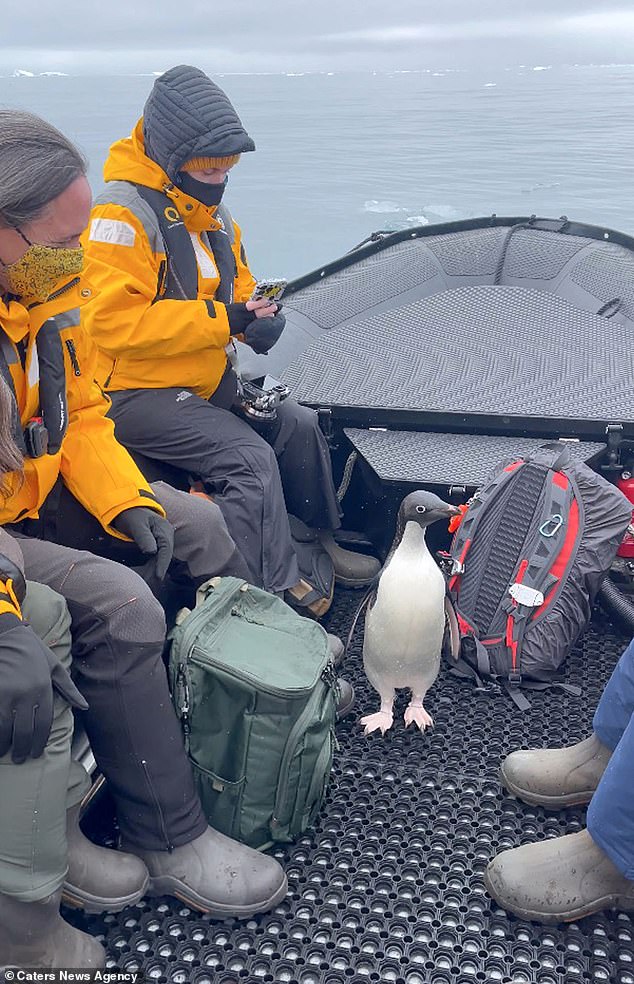 Vladimir Seliverstov, 50, from Russia, captured the moment an Adelie penguin hitched a ride in their boat whilst out on an expedition in Antarctica

Seliverstov said: ‘I have been photographing wildlife for more than twenty years.

‘I’ve never experienced something like this before but some of my friends have.

‘Penguins can be quite comfortable with humans but not all of them.

‘My friends and family have all loved the video.’

Adelie penguins – the most common species of penguin in Antarctica – are happier when there is less sea ice, researchers say.

In ice-free conditions, the flightless birds are able to travel more by swimming, than by walking, and access food more easily.

Yuuki Watanabe of the National Institute of Polar Research said: ‘For penguins, swimming is a whopping four times faster than walking.

‘They may be sleek in the water but are pretty slow waddlers overland.’ 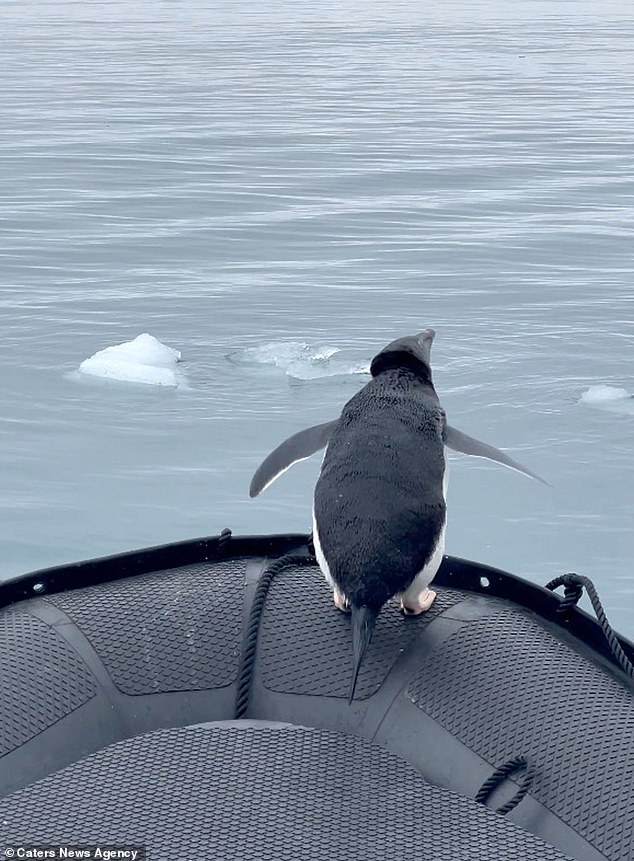 Adelie penguins – the most common species of penguin in Antarctica – are happier when there is less sea ice, researchers say

In recent decades, Antarctica has experienced a steady increase in the extent of its sea ice, even as the Arctic has suffered through a marked decrease, researchers say.

But this is not expected to last much longer as the climate changes, with Antarctica also projected to see a decline in its sea ice.

Polar biologists have known for some time that Adelie penguins tend to see population increases during years of sparse sea ice and suffer massive breeding failures in the years with the greatest growth of sea ice.

To find out why, researchers with Japan’s National Institute of Polar Research electronically tagged 175 penguins with GPS devices, accelerometers and video cameras across four seasons with different sea ice conditions.

This allowed them to track penguins on their trips, categorise walking, swimming and resting behaviour, and estimate the amount of prey captured during dives.

The researchers found that the penguins may have expended an average of 15 per cent to 33 per cent less energy per trip compared with ice-covered seasons, putting that saved energy into growth and reproduction.

The leopard seal can weigh up to 840lbs and can live between 12 to 15 years in the wild.

They are deadly predators and feed on warm-blooded prey such as other seals and birds.

They can target penguins after the flightless birds jump from the ice shelf into the frigid Antarctic waters.

Microsoft’s Windows 365 is getting this most requested feature