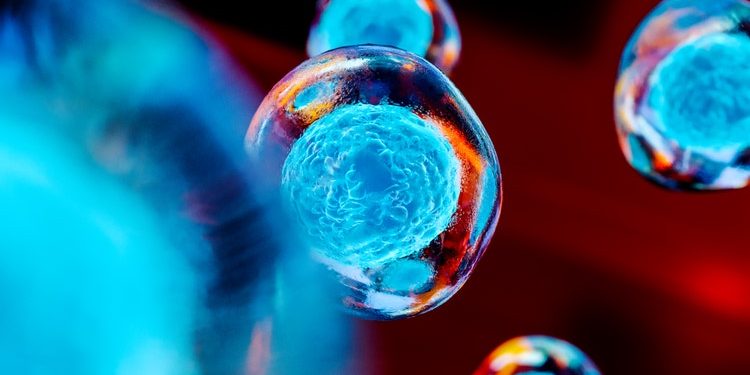 
Vir Biotechnology (VIR) should be on everyone’s radar as a speculative biotech play. That’s because the stock has seen some ups and downs over the last 6 months, but has still made significant progress across the board as it relates to several of its programs. The most notable program would be the use of its antiviral drug Sotrovimab (VIR-7831) for the treatment of patients with Covid-19. It has already received Emergency Use Authorization (EUA) from the FDA to treat this patient population intravenously, but wants to expand the use to be given via intramuscular injection. The thing is that the development of Sotrovimab, along with another candidate known as VIR-7832, is being done in collaboration with GlaxoSmithKline (GSK). Besides this possible additional EUA being granted, both companies are ramping up production of Sotrovimab for Covid-19. The U.S. made a commitment to buy up to 600,000 doses of this antiviral drug for Q1 of 2022, plus additional units in Q2 of 2022. Both Vir Biotechnology and GlaxoSmithKline plan to develop 2 million doses globally of Sotrovimab in the 1st half of 2022 and then much more in the 2nd half of 2022. Besides this antiviral drug which is doing well, Vir has a pact with Alnylam Pharmaceuticals (ALNY) to develop a small interfering RNA (siRNA) drug that mediates RNA interference (RNAi), known as VIR-2218. There is a lot of room for it to grow from here, but it was able to see some amazing improvement from VIR-2218 when it was combined with pegylated interferon alfa (PEG-IFN-a).

The first program to go over involves the use of Sotrovimab, which is being developed for the treatment of patients with Covid-19. Both Vir Biotechnology and GlaxoSmithKline have received Emergency Use Authorization (EUA) for Sotrovimab for the treatment of mild-to-moderate Covid-19 adults and pediatric patients. That is, patients who are 12 years of age and older who weigh at least 40 kg. These patients must be confirmed as being positive to SARS-CoV-2 and who are at high risk of progression to severe Covid-19, including hospitalization or death. The key here is that these are patients who are not yet hospitalized, plus the EUA given back in May of 2021 are only treated through intravenous infusion. However, there is an ability for Vir and its partner to give patients another option. How exactly do they intend to do this? Both companies have filed for EUA of Sotrovimab to be given by intramuscular injection for mild-to-moderate Covid-19 adults and pediatric patients. This is great, because it gives patients an alternative to intravenous infusion of the Covid-19 antiviral drug. This submission is based on the phase 3 study known as COMET-TAIL. This trial achieved the primary endpoint in which intramuscular (IM) injection of 500 mg of Sotrovimab was non-inferior and offered equivalent efficacy to 500 mg IV administration of the antiviral drug in mild-to moderate Covid-19 patients. What makes Sotrovimab such a good antiviral drug is its ability to possibly fight off all variants including the latest Delta and Omicron ones. Preclinical results have shown that Sotrovimab still retains activity against all tested SARS-CoV-2 variants.

Potential Expansion Opportunity For Sotrovimab For Treatment Of Covid-19

Both Vir and its partner GlaxoSmithKline intend to develop about 2 million doses of Sotrovimab in the 1st half of 2022. About a month ago both companies announced that the U.S. government intended to purchase an additional 600,000 doses of the drug, which are to be delivered during the current quarter (Q1 of 2022). However, the U.S. government has the option to purchase additional doses in Q2 of 2022. In total, including this recent commitment from the United States, both companies have binding agreements for up to 1.7 million doses of Sotrovimab globally.

Even if you factor in all the good news on the Covid-19 front for this antiviral drug, I believe that there is even more room for expansion. How is this possible? Well, consider that the current EUA is only for adults and pediatric patients with mild-to-moderate Covid-19 patients who are at risk of severe infection, including hospitalization or death. There is room to grow with this antiviral drug because there are 3 other studies that are being looked at to see if it can work in other areas. They are as follows:

These are only in clinical testing, but if they are successful then it will give Vir Biotechnology and GlaxoSmithKline the ability to expand the population that it can go after. The logical conclusion is that it should be able to sell even more doses of Sotrovimab.

The thing is that Vir Biotechnology has extensive pipeline. It has been able to obtain some really promising drugs for its pipeline. For instance, one such drug candidate is VIR-2218, which is being developed for the treatment of patients with Hepatitis B. The biggest thing to note is that VIR-2218 is an RNA interference (RNAi) drug developed by Alnylam. Vir Biotechnology was able to license the use of VIR-2218, along with four additional RNAi drugs against other diseases, with Alnylam back in 2017. Under the terms of the agreement, Alnylam received an upfront payment of cash and shares of Vir. Not only that, but Alnylam is eligible to receive more than $1 billion in potential milestones related to VIR-2218 (formerly known as ALN-HBV02). It is also eligible to earn tiered royalties on net product sales, only if Alnylam decides to decline its co-development and profit share agreement on a per-product basis.

The thing is that Vir Biotechnology is in excellent shape when it comes to this program, because it has already established proof of concept with the use of VIR-2218. Specifically, it has already released positive results from a phase 2 study using VIR-2218 alone or in combination with pegylated interferon alpha (PEG-IFN-a). The most prominent results came from Cohort 3 of this study. That’s because the combination of VIR-2218 together with PEG-IFN-a had achieved a far great decline of HBsAg compared to VIR-2218 alone. The mean HBsAg decline achieved from the VIR-2218 combination was 2.0 log10 IU/mL at Week 12. In essence, this resulted in a 0.6 log10 IU/mL decline from baseline greater than the two cohorts only looking at VIR-2218 alone.

The use of VIR-2218 alone or in combination with pegylated interferon alpha is only one possibility for potential expansion. There are several other combinations being explored for Hepatitis B and they are as follows:

It remains to be seen how well these combinations do, but regardless it is nice to see that an RNAi drug VIR-2218 achieved an even greater decline when added to PEG-IF-a. Another biotech that should also be looked at which is exploring the use of its own RNAi drug for the treatment of Hepatitis B is Arbutus Biopharma (ABUS). That’s because it is using its RNAi drug AB-729 with ongoing standard of care (SOC) nucleos(T)ide analogues and short-courses of PEG-IFNa-2a. With Vir Biotechnology already establishing proof of concept for the use of an RNAi drug together with PEG-IFN-a, this may be a good bet to look into as well.

According to the 10-Q SEC Filing, Vir Biotechnology excluding restricted cash had $939.5 million in cash, cash equivalents and investments as of September 30, 2021. Excluding the equity investment in Brii Bio Parent, it had $770.1 million in cash, cash equivalents and investments. In Q3 of 2021, it recognized revenue of $102.4 million due to the Sotrovimab collaboration with GlaxoSmithKline. With the cash on hand, it believes it has enough to fund its operations for at least the next 12 months from the date of the 10-Q SEC filing, which was November 4, 2021. It should be good on cash for now, but it may need to raise cash in the coming months. More than likely, my estimate is that it will probably need to raise cash by mid-2022.

The biggest risk of all would be the EUA for Sotrovimab. With being given EUA, Vir and GlaxoSmithKline can continue to sell the drug. However, if at any time the FDA revokes the EUA, they must immediately stop selling the antiviral drug. This is especially true if at some point the federal government announced an end to the Covid-19 pandemic. The only way is if the company can seek for full FDA approval for use of Covid-19 or any other authorized uses of the drug. This goes to the second risk, in which many ongoing studies are using this drug to treat patients with Covid-19. The thing is that if antiviral drugs are no longer necessary or commercial sales of the drug stops, then many of these studies are likely going to be stopped. The other risk is the Hepatitis B program I discussed above. While VIR-2218 plus PEG-IF-a did well as a combination, there is no guarantee that the other combinations it is being explored in will achieve a similar or better outcome.

Vir Biotechnology is a great long-term biotech to own. In my opinion, I view the ability to generate revenue with Sotrovimab as a way to generate some income to fund the pipeline. As stated by Vir, it is only approved under EUA for the time being and as such can be revoked at any moment. Not only that, but sales will start to drop as the Covid-19 pandemic starts to drop off. The good news is that I don’t view this as a long-term investment based on the Covid-19 antiviral drug. Instead, I think the future of this biotech lies with VIR-2218 which is an RNAi drug. RNAi (RNA interference) drugs for the treatment of Hepatitis B has been seen with many biotechs. Biotechs that have established proof of concept using an RNAi drug to treat Hepatitis B are: Vir/Alnylam, Arrowhead Pharmaceuticals (ARWR), Arbutus Biopharma, Dicerna Pharmaceuticals (Bought by Novo Nordisk (NVO)). Besides VIR-2218, the other drug being tested for Hepatitis B by Vir Biotechnology is VIR-3434, which also has already established proof of concept in Hepatitis B. In addition, it still has a pipeline full of other drug candidates as well. These are VIR-1111 as a prophylaxis for HIV and VIR-2482 as a prophylaxis for Hepatitis A. Both of these drugs are currently being explored in a phase 1 study. Based on everything mentioned above, I view Vir Biotechnology as a great long-term company to own.

The Driver and Vehicle Licensing...

In their first public comments...