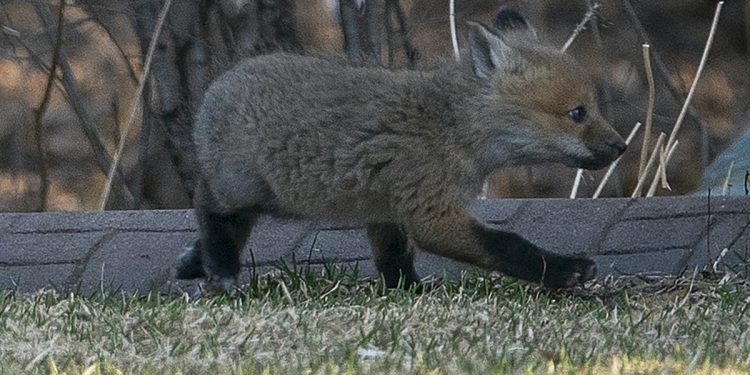 A fox kit from Anoka County has tested positive for a deadly, highly contagious bird flu that has killed countless wild birds this spring to the concern of wildlife specialists.

The positive case is the first confirmed of highly pathogenic avian influenza, or HPAI, in a wild mammal in Minnesota, according to the Department of Natural Resources.

It’s not unprecedented — two red fox kits in Ontario tested positive last week for the flu strain, the DNR said in a news release Wednesday. They were the first reported cases in mammals in North America.

DNR Wildlife Health Program Supervisor Michelle Carstensen said Thursday that fox kits already were on the agency’s radar, knowing their diet and their biological vulnerability. The DNR was aware of ailing fox kits turning up at a wildlife rehabilitation center in Sherburne County.

“This virus is hard on them,” she said, adding it hasn’t turned up in adults.

The University of Minnesota Veterinary Diagnostic Laboratory alerted the DNR to the kit’s case from Anoka County. A family had found the sick fox and it died before the family got it to the lab. DNR wildlife health specialists will add bird flu to the routine screening when sick foxes are brought to the lab, the agency said.

Some waterfowl like ducks and geese are considered hosts for bird viruses, which spread as they migrate. The current outbreak, which originated in Europe, has been more widespread and aggressive than the last outbreak in 2015, and it has dramatically affected the poultry industry, too.

Waterfowl have been hit hard and, in turn, the raptors that have eaten their dead bodies. The DNR said testing so far in Minnesota has confirmed bird flu in about 200 wild birds, including 19 species.

Carstensen said more cases of sick fox kits have been reported in Wisconsin, Iowa, Michigan and other states, and its possible the virus turns up in other species, like skunks and rabbits.

“[The virus] is confirmed in six counties in Minnesota, but I am going to guess it is everywhere in Minnesota,” she said.

Carstensen said she and her staff will continue to watch for new cases and testing species that appear “to be a good fit,” knowing viruses change — much like what has happened with strains of the coronavirus. She said there is no evidence yet that domestic pets are at risk.

But she sounded caution. “The million dollar question is predicting what it is going to do,” she said.

The Centers for Disease Control and Prevention and other health officials have said the risk to the public remains low.

“The best advice we have for Minnesotans is to avoid contact with wildlife that appear sick or injured and contact your health care provider if you are bitten or have other close contact with wildlife,” said Dr. Joni Scheftel, Minnesota Department of Health public health veterinarian, in the DNR news release.