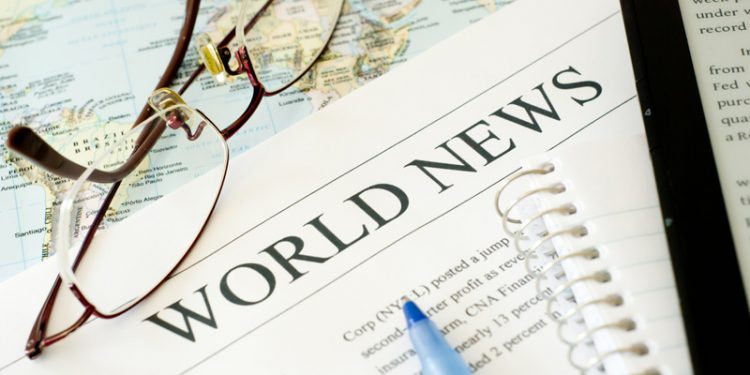 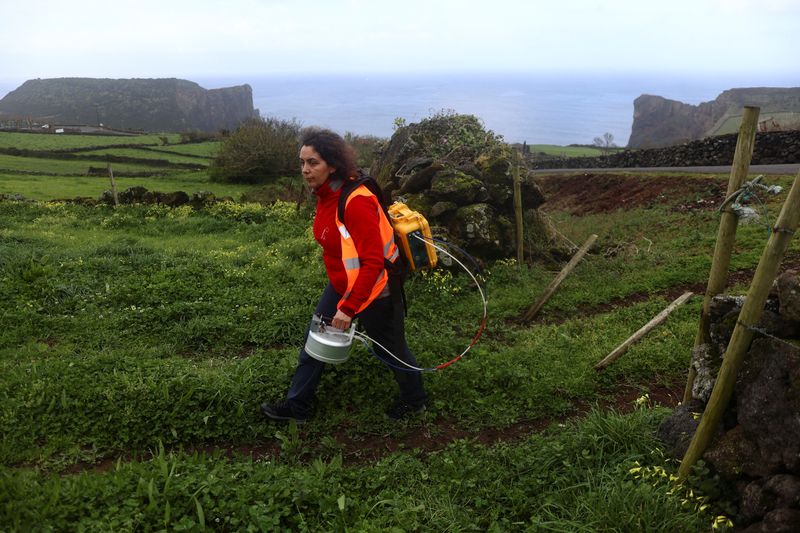 SAO JORGE, Portugal (Reuters) -Fatima Viveiros was a little girl when she decided to become a volcanologist. It was a dream come true and now, at age 44, she is putting her skills to use to protect her home in Portugal’s Azores islands.

The lush mid-Atlantic volcanic island of Sao Jorge, where she grew up, has been rattled by more than 14,000 small earthquakes in the past seven days.

Viveiros and other experts fear the tremors, which have reached a magnitude of up to 3.3 on the Richter scale, could trigger a volcanic eruption for the first time since 1808, or a powerful earthquake.

“My home is located on an active volcanic system,” said Viveiros, who works for the region’s CIVISA seismo-volcanic surveillance centre.

“When (something happens) in our home we must be a little cold-blooded, so our feelings don’t affect our thinking,” she added. “But the feelings are there because it’s my home, my people.”

Viveiros was carrying a yellow machine on her back to measure soil gases on Sao Jorge.

Soil gases, such as carbon dioxide and sulphur, are indicators of volcanic activity, and Viveiros and her team have been battling Sao Jorge’s rain and strong winds for days to dig for answers. So far, the levels remain normal.

The island’s sudden increase in seismic activity is reminiscent of the earthquakes detected before the eruption of the Cumbre Vieja volcano on Spain’s La Palma island last year, some 1,400 km (870 miles) southeast of the Azores.

Over 85 days, that eruption destroyed thousands of properties and crops.

Viveiros, who travelled to La Palma at the time to support the Canary Islands Volcanology Institute and monitor soil gases there, said Sao Jorge’s volcanic system was similar to the one on the Spanish island.

“One of the possible scenarios on the table is that we see something similar to what happened in La Palma,” she added.

Spanish and other international teams of experts are prepared to travel to Sao Jorge if needed, Viveiros said.

CIVISA raised the volcanic alert to Level 4 on Wednesday, meaning there is a “real possibility” the volcano could erupt.

Jose Bolieiro, the president of the Azores, which is an autonomous region of Portugal, said the number of earthquakes that hit Sao Jorge in recent days was double those recorded in the region as a whole last year.

“There is clearly an abnormality,” he told reporters.

Although authorities have said an eruption was not imminent, around 1,500 people have left the island by air or sea in recent days. Many have no idea when they will be able to return.

Arriving by helicopter, Portugal’s President Marcelo Rebelo de Sousa visited Sao Jorge on Sunday to attend a briefing about the situation and calm the local population. He also visited a historic tower that survived the 1808 eruption.

Later on Sunday, Rebelo de Sousa interacted with locals in Calheta, a town on the eastern part of the island where people have sought safety. Most of the seismic activity has been in the western side of Sao Jorge.

He drank a traditional Azorean spirit, kissed and hugged members of the crowd and took selfies with them.

Dozens of soldiers have been mobilised to Sao Jorge where they are staying in large tents with beds that could accommodate 100 people in case of an evacuation. Sao Jorge’s municipalities also have transformed various facilities into temporary reception centers.

As soldiers worked behind him, Major Rodolfo Romeiro told Reuters more resources would be sent to the island next week.

“Our mission is to help the population,” Romeiro said. “In these situations the motivation (of the armed forces) is even greater.”