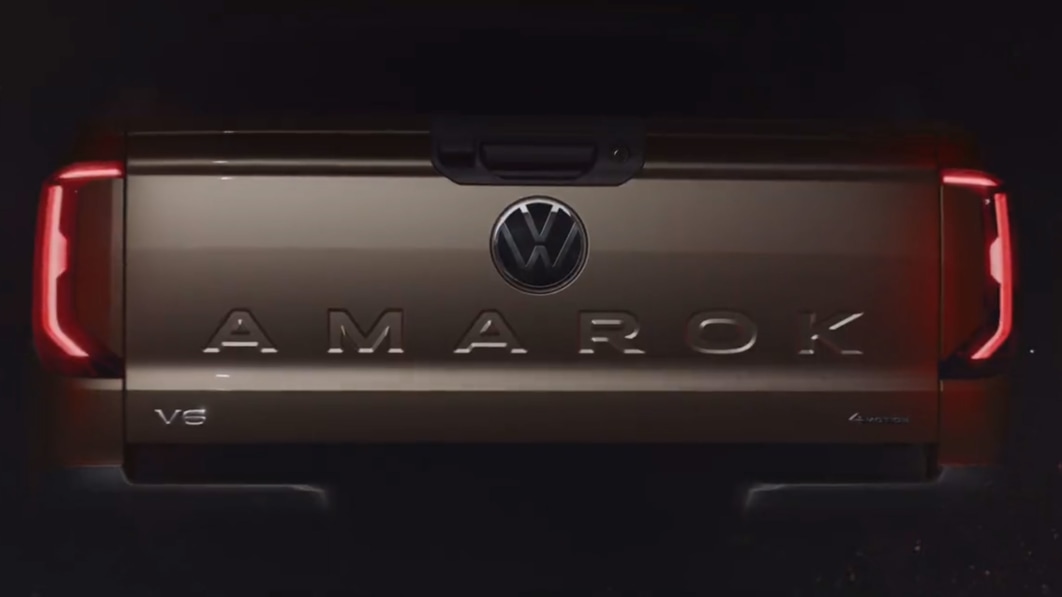 Volkswagen Commercial Vehicles hopped on Twitter to explain one of the sights coming to international roads. Accompanied by a picture of the upcoming 2023 Volkswagn Amarok’s name embossed in the tailgate, the tweet read “A powerful design with a strong statement: The premium pickup from #VWCV is driving in front of you!”

The Amarok’s brawnier design has already been previewed, but it’s unlikely we’ll see it in the United States even if the name has been trademarked here. The Amarok’s very close relationship to the 2023 Ford Ranger leaves that very much in doubt.

At the rear of the new #Amarok, the model’s name is embossed in large letters. A powerful design with a strong statement: The premium pickup from #VWCV is driving in front of you! But that’s just one of its many design and technology highlights. #WeTransportSuccessFreedomFuture pic.twitter.com/rySRmlnOkJ

The teaser didn’t merely give away the eponymous branding, it also showed a V6 TDI badge. This refers to one of the three diesels on offer (alongside a single gasoline engine choice), most likely the current Amarok’s 3.0-liter turbodiesel V6 that makes 255 horsepower and 428 pound-feet of torque. The 3.0-liter Power Stroke diesel Ford is putting in the new Ranger makes 247 horsepower and 442 pound-feet of torque. An Australian Ford rep said of that mill, “When you drive a Ranger with the V6 turbodiesel, it will feel like a much bigger truck. It sounds different from the moment you press the start button.” We won’t be surprised if VW ups the output on its own diesel, but it likely wouldn’t be by much.

The pickup is expected to debut on July 7.