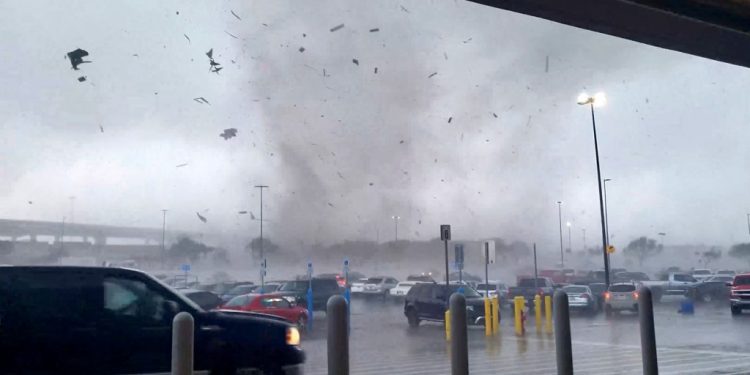 
135 mph. That’s the maximum wind speed of the EF-2 tornado that hit Granger, Texas Monday night, according to the National Weather Service (NWS).

“It was actually quite crazy,” said Jolene Volek, who was born and raised in Granger, about an hour’s drive north of Austin.

“We were actually watching Fox News where it was crossing I-35 and heading in our direction,” she added. “So, there was warning, but it came so quick.”

Volek, who also works as a volunteer at the Granger Fire Department, spoke to FOX Weather while standing in the middle of the ruins and rubble of her town.

The storm system that devastated Granger also wreaked havoc in other cities across the Lone Star State, killing one person and injuring at least 26.

Despite the destruction surrounding her, Volek remained positive.

“People are picking up the pieces, and the community’s rallying together.”

Volek mentioned how neighbors made phone calls after the storm and drove to each other’s homes to check on one another.

One major concern was whether neighbors had electricity, as many were left without power in their homes — while others were left with no homes at all.

The people of Granger put in place support systems to help each other rebuild, both physically and emotionally.

“We had counselors set up if needed,” she said.

To help ease things along, the local school was put back in session.

“There’s about 50 people out here cleaning up and and trying to pick up the pieces and save what can be saved and get ready to move on to the next steps, the rebuilding.”

Volek noted that her town was one of many hit by a storm system that continued its path of destruction in Louisiana, Mississippi, Alabama and others.

“Prayers to everybody else being affected by the storms,” she said.

Endometriosis: Mother discovers her womb, ovaries and cervix fused together

Endometriosis: Mother discovers her womb, ovaries and cervix fused together