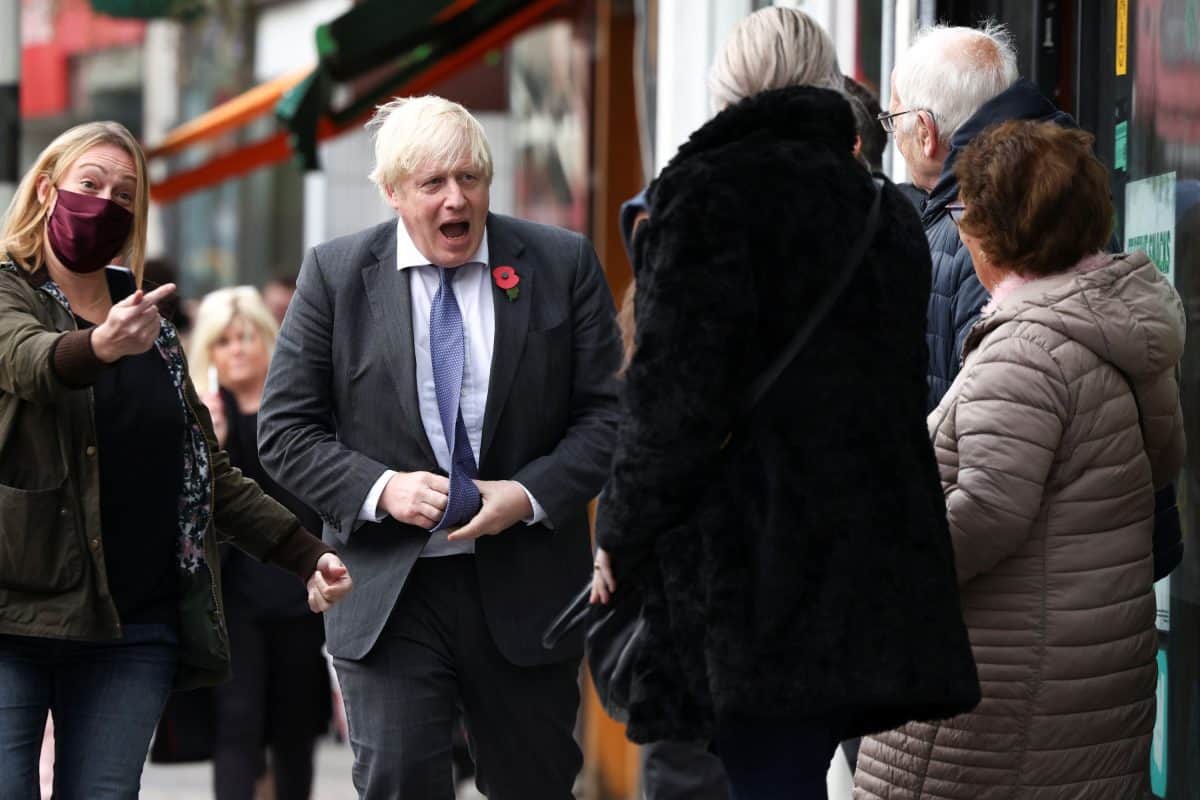 Voters are going to the polls in the Old Bexley and Sidcup by-election, with the Conservatives hoping to hold on to the seat following a turbulent period for the Government which has been peppered with allegations of sleaze.

A new MP will be elected following the death of former Cabinet minister James Brokenshire in October.

The seat has been contested by Louie French for the Tories and Daniel Francis for Labour, as well as Simone Reynolds for the Lib Dems, Jonathan Rooks for the Greens, and Richard Tice for the Reform Party.

As the constituency has been held by the Conservatives since its inception in 1983, and also in its various guises since the 1950s, Mr French will be seen as the favourite to win the contest.

Boris Johnson previously rejected suggestions that allegations of sleaze being levelled at his party could be reflected at the ballot box in the by-election.

And he could have a point, with #VoteConservative making the rounds on Twitter this morning.

During a visit to Sidcup last month, he was insistent that the strength of the Tories’ local candidate meant voters would back the party in the race.

Mr French, a councillor of eight years, served as deputy leader of Bexley council from 2018 to 2021.

Following his selection, he said: “James Brokenshire was a friend and mentor to me and it’s an honour to have been selected as the Conservative candidate for Old Bexley and Sidcup, where I hope to carry on his excellent work.

“I will campaign to ensure that outer London areas like Old Bexley and Sidcup are not forgotten or left behind by the mayor of London and City Hall.

“And I will work to improve access to GPs and healthcare services, building directly on James’ work with Queen Mary’s Hospital, so residents can get a face-to-face GP appointment at a time that suits them.”

Mr Francis is also a councillor and formerly led the Labour group on Bexley council.

In a message on Twitter, he said he had lived in the area for 20 years and vowed to work “tirelessly” for the community if elected.

On the Labour Party website, he wrote: “I will make sure our communities are safer by reducing speeding on our main roads, tackling anti-social behaviour and putting more police on our streets.

“I will revitalise our high streets by standing up to Conservatives cuts and supporting Labour’s call to scrap business rates.

“And I will push for the increase in investment our area needs, at every level of government.

“So on December 2, let’s use this one-off opportunity to send the Conservatives a message. Let’s tell them we’ll no longer be taken for granted.”

Mr Tice, who is former chairman of the Brexit Party, announced his candidacy in a bid to send Boris Johnson a “powerful message” about the impact of his Government’s policies after the Conservative administration raised the tax burden to the highest level since the 1950s.

The leader of the Reform Party – formerly known as the Brexit Party – said he would be standing on a ticket of low taxes and pledged to campaign for a referendum on the target of achieving net zero carbon emissions by 2050.

He represented Old Bexley and Sidcup from 2010, having been initially elected as the MP for Hornchurch in 2005.

Mr Brokenshire won the south-east London seat with a majority of almost 19,000 at the 2019 general election.

Other candidates competing for the seat include Elaine Cheeseman for the English Democrats, Richard Hewison for Rejoin EU, David Kurten for the Heritage Party, John Poynton for Ukip, Carol Valinejad for the Christian Peoples Alliance, and Mad Mike Young for the Official Monster Raving Loony Party.

The Conservatives will face a second by-election this month in North Shropshire following the resignation of Owen Paterson, whose case sparked the recent row on parliamentary standards.

Related: PMQs 1st Dec – PM has pants pulled down over Xmas knees up

A general in the United...