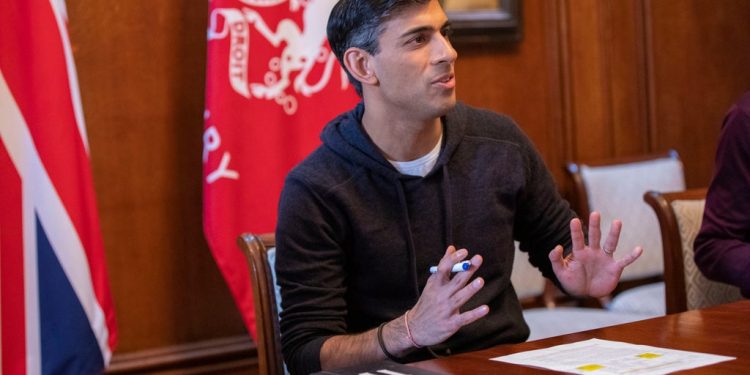 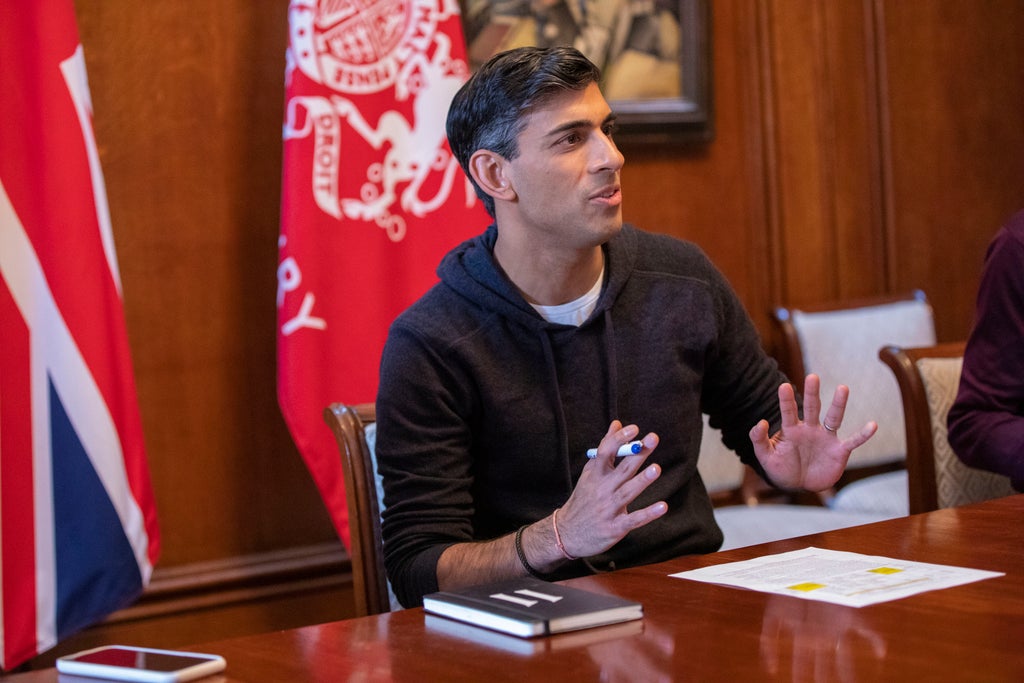 Voters overwhelmingly support a windfall tax on North Sea oil and gas companies to support families with unprecedented hikes in energy bills, according to a new poll for The Independent.

The findings put increased pressure on the chancellor to deliver help in today’s mini-Budget for households facing what Money Saving Expert’s Martin Lewis has described as a “fiscal punch in the face” from soaring prices.

An average £700 hike in annual domestic gas and electricity bills due to take effect in April is now expected to be followed by a further £600-£1,000 increase in the autumn as a result of the war in Ukraine.

And environment secretary George Eustice warned of food price increases of up to 8 per cent this summer, as Ukraine’s massive agricultural exports are wiped out by the war.

A House of Commons Treasury Committee report today warns that UK consumers cannot be insulated from the impact of sanctions on Vladimir Putin’s Russia, and calls on Mr Sunak to use all his fiscal firepower to protect those on the lowest incomes.

The chancellor had been planning a low-key spring statement, in what Labour leader Sir Keir Starmer branded a “cynical” bid to build a war chest for tax-cutting sweeteners ahead of the 2024 general election.

But The Independent has learnt that he ordered a last-minute rewrite as the scale of the financial tsunami facing families became clear. Last night he pledged to “stand by” families in the challenging times ahead, and said he would set out further measures to help with the cost of living.

Official data shows the chancellor has £26bn of “wriggle room” because of higher-than-expected tax receipts, though few analysts expect him to deploy all of his arsenal today.

But Treasury Committee chair Mel Stride said: “The chancellor should use this additional fiscal firepower to bring forward support for those on the lowest incomes.”

The committee heard evidence that the war in Ukraine could force forecourt prices in Britain as high as £2.40 a litre for petrol and £3 for diesel this summer, while domestic energy costs could double over the course of the year.

Mr Stride, a Conservative former Treasury minister, said: “The war will have economic consequences here at home, and while these are worth bearing to support Ukraine in their fight for freedom, it’s becoming increasingly clear that the government will need to support those who are hit hardest by price rises.”

Expectations are high at Westminster that Mr Sunak will slice 5p a litre off fuel duty, after he said on Sunday that prices at the pumps should not be “prohibitively expensive”. Labour has said it would not oppose the cut – which would follow an 11-year freeze on taxes on petrol and diesel – but said it failed to meet the scale of the crisis, saving little more than £2 on the cost of filling a car.

Other options include raising the threshold for NICs from its current level of £9,600 – which would lift some low-income workers out of the tax, but benefit the wealthy equally – or increasing benefits to put money directly into the pockets of the poorest.

Today’s survey of 2,203 voters by Savanta ComRes showed that an overwhelming 76 per cent back a windfall tax on North Sea gas and oil companies, which have scooped bumper profits this year as prices soar as a result of sanctions on Russia.

Labour and the Liberal Democrats have demanded a one-off tax on the energy giants to cut as much as £600 a year off household bills, but Boris Johnson has rejected the idea, insisting it would just mean reduced investment and higher prices as the cost would be passed on to customers.

Today’s poll suggests the prime minister is out of step with his own supporters, with 81 per cent of Tory voters backing a windfall tax.

A majority of Tories (74 per cent) also backed a rise in the minimum wage to £10 an hour, from its current level of £8.91 for over-23s. The rise – a key demand of unions to help cushion the blow of rising prices for low-income workers – was backed by 76 per cent overall, with just 6 per cent opposing it.

Some 73 per cent said Mr Sunak should cut fuel levies, against just 7 per cent saying they should not be reduced. And 59 per cent backed the reversal of the planned hike in NICs, compared to 16 per cent who said it should go ahead.

Labour said that the impact of the forthcoming increase in prices and taxes combined with cuts to welfare benefits would equate to a month’s pay for lower-paid workers.

“What the chancellor is doing is introducing a tax that doesn’t need to be introduced, and that is really going to hurt people, but he isn’t doing that for good economic reasons, he’s doing it so that just before the election he can cut taxes and claim to be a tax-cutting government.”

Delivering his spring statement on Wednesday, Mr Sunak is expected to say it offers the prospect of a “stronger, more secure economy for the United Kingdom”. And he will say that this economic strength will allow the UK to continue in its “unwavering” support for Ukraine.

“When I talk about security, yes, I mean responding to the war in Ukraine,” he will say.

But Labour Treasury spokesperson Pat McFadden said the record of 12 years of Tory-led governments showed “far slower” growth than under the previous Blair and Brown administrations.

“The chancellor may say he ‘believes’ in low taxes – but the hard facts show that Sunak has hit households and business with 15 tax rises in two years in post,” said Mr McFadden.

“If the Tories had matched Labour’s record on growth in government, businesses would have grown faster and people would have had higher incomes, boosting the public finances.

A Brief History of Taxes in the U.S.