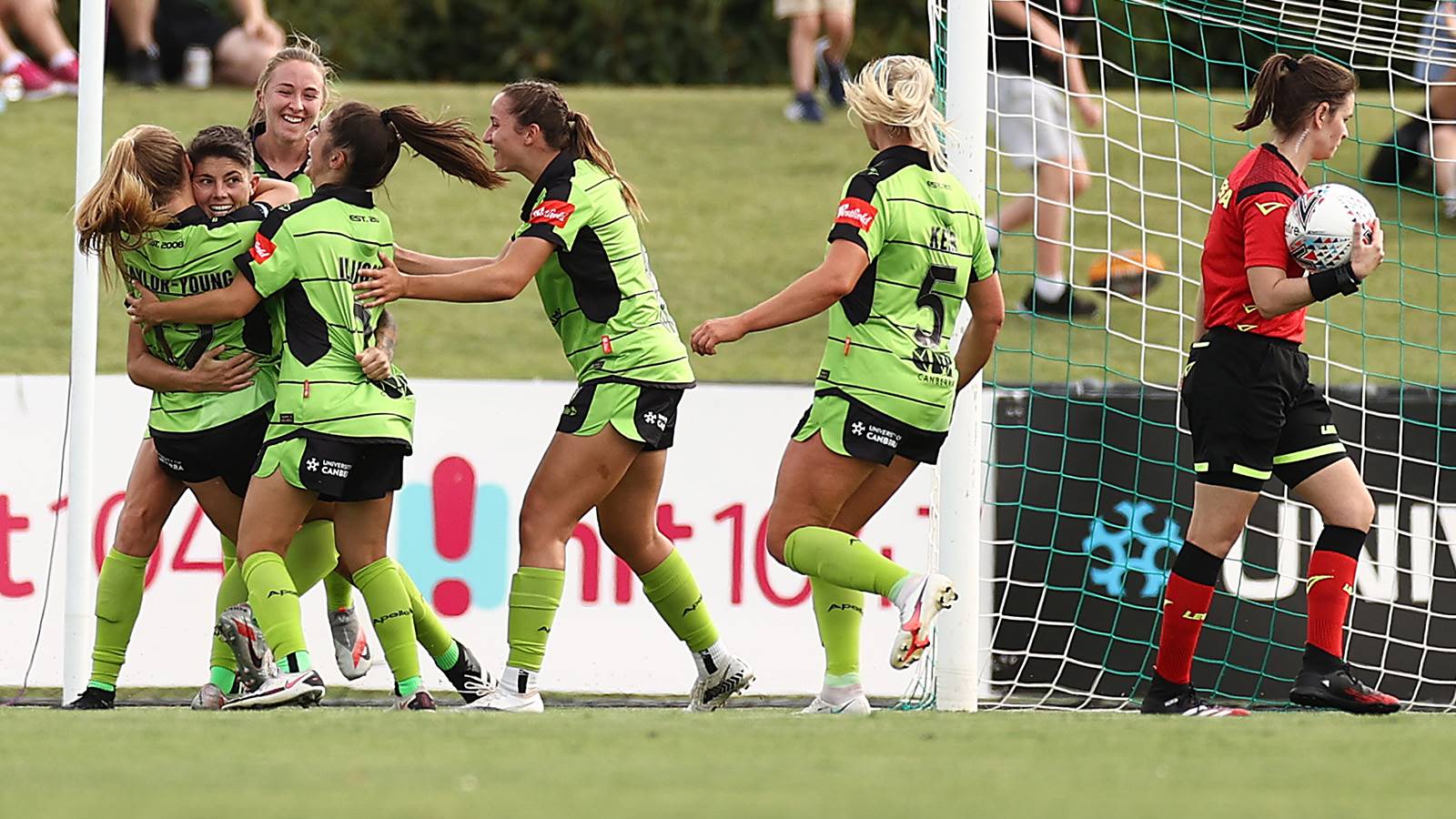 Canberra United had the opportunity to snatch top spot against the winless Perth Glory but were instead forced to come from behind and salvage a 1-1 draw on Sunday.

Canberra dominated much of the game at Viking Park but it was Perth who broke the deadlock via Elizabeth Anton, whose scrambled shot in congestion bobbled home in the 86th minute.

But less than a minute after the restart, Canberra’s Hayley Taylor-Young burst between two defenders and fired an equaliser in off the post.

The result sees Canberra sitting third behind Sydney and Adelaide, while Perth remain at the bottom of the table despite picking up their first point of the season.

Allan opened the scoring for the Jets in the eighth minute before Western Sydney’s Georgia Yeoman-Dale responded with a spectacular long-range strike three minutes later.

The Jets regained the lead via Allan in the 31st minute, before Tara Andrews’ goal just before halftime and Gema Simon’s second-half strike rounding out the win.

Brisbane Roar ended their run of four draws by firing six goals past a hapless Melbourne Victory on the Gold Coast on Friday night.

Roar’s Matildas were in full flight, with Tameka Yallop scoring a spectacular long-range strike and Emily Gielnik snaring a brace, while Mariel Hecher, Sharn Freier and Winonah Heatley also scored in the 6-0 rout.

Adelaide, who have never previously made the W-League finals, sit second with three wins and one loss from their opening four games after beating Melbourne City on Thursday.

Harness The Power Of Nature