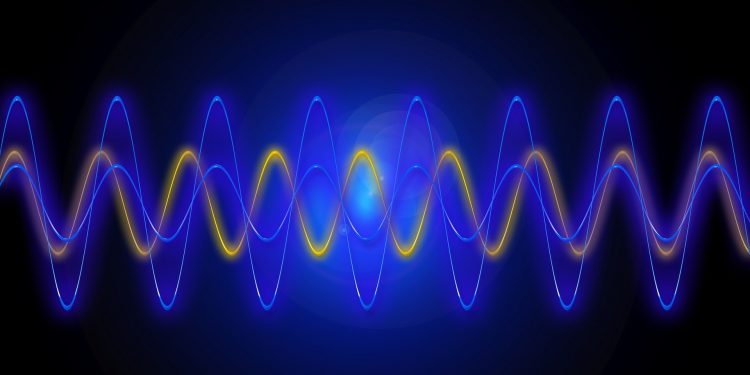 
Researchers have created a device that enables them to electronically steer and focus a beam of terahertz electromagnetic energy with extreme precision. This opens the door to high-resolution, real-time imaging devices that are hundredths the size of other radar systems and more robust than other optical systems.

Terahertz waves, located on the electromagnetic spectrum between microwaves and infrared light, exist in a “no man’s land” where neither classic electronics nor optical devices can effectively manipulate their energy. But these high-frequency radio waves have many unique properties, like the ability to pass through certain solid materials without the health effects of X-rays. They may also enable higher-speed communications, or vision systems that can see through foggy or dusty environments.

The Terahertz Integrated Electronics Group at MIT, led by Associate Professor Ruonan Han, seeks to bridge this so-called terahertz gap. These researchers have now demonstrated the most precise, electronically steerable, terahertz antenna array, which contains the largest number of antennas. The antenna array, called a “reflectarray,” operates like a controllable mirror with its direction of reflection guided by a computer.

The reflectarray, which packs nearly 10,000 antennas onto a device the size of a credit card, can precisely focus a beam of terahertz energy on a tiny area and control it rapidly with no moving parts. Built using semiconductor chips and innovative fabrication techniques, the reflectarray is also scalable.

The researchers demonstrated the device by generating 3D depth images of scenes. The images are similar to those generated by a LiDAR (light detection and ranging) device, but because the reflectarray uses terahertz waves instead of light, it can operate effectively in rain, fog, or snow. This small reflectarray was also able to generate radar images with twice the angular resolution of those produced by a radar on Cape Cod, which is a building so large it is visible from space. While the Cape Code radar is able to cover a much larger area, the new reflectarray is the first to bring military-grade resolution to a device for commercial intelligent machines.

“Antenna arrays are very interesting because, just by changing the time delays that are fed to each antenna, you can change what direction the energy is being focused, and it is completely electronic,” says Nathan Monroe ’13, MNG ’17, first author of the paper who recently completed his Ph.D. in MIT’s Department of Electrical Engineering and Computer Science (EECS). “So, it stands as an alternative to those big radar dishes at the airport that move around with motors. We can do the same thing, but we don’t need any moving parts because we are just changing some bits in a computer.”

Coauthors include EECS grad student Xibi Chen; Georgios Dogiamis, Robert Stingel, and Preston Myers of Intel Corporation; and Han, senior author of the paper. The research is being presented at the International Solid-State Circuit Conference.

With typical antenna arrays, each antenna generates its own radio wave power internally, which not only wastes a lot of energy but also creates complexity and signal distribution challenges which previously prevented such arrays from scaling to the sizes required. Instead, the researchers built a reflectarray that uses one main source of energy to fire terahertz waves at the antennas, which then reflect the energy in a direction that the researchers control (similar to a roof-top satellite dish). After receiving the energy, each antenna performs a time delay before reflecting it, which focuses the beam in a specific direction.

The phase shifters that control that time delay typically consume a lot of the radio wave’s energy, sometimes as much as 90 percent of it, Monroe says. They designed a new phase shifter that is made from only two transistors, so it consumes about half as much power. In addition, typical phase shifters require an external power source such as a power supply or battery for their operation, which creates huge problems with power consumption and heating. The new phase shifter design consumes no power at all.

Steering the beam of energy is another problem—computing and communicating enough bits to control 10,000 antennas at once would dramatically slow the reflectarray’s performance. The researchers avoided this problem by integrating the antenna array directly onto computer chips. Because the phase shifters are so small, just two transistors, they were able to reserve about 99 percent of the space on the chip. They use this extra space for memory, so each antenna can store a library of different phases.

“Rather than telling this antenna array in real-time which of the 10,000 antennas needs to steer a beam in a certain direction, you just need to tell it once and then it remembers. Then you just dial that up and essentially it pulls the page out of its library. We found out later on that this allows us to think about using this memory to implement algorithms, too, which could further enhance the performance of the antenna array,” Monroe says.

To achieve their desired performance, the researchers needed about 10,000 antennas (more antennas lets them more precisely steer the energy), but it would be impossible to build a computer chip big enough to hold all those antennas. So they took a scalable approach, building a single, small chip with 49 antennas that is designed to talk to copies of itself. Then they tiled the chips into a 14 x 14 array and stitched them together with microscopic gold wires that can communicate signals and power the array of chips, Monroe explains.

The team collaborated with Intel to fabricate the chips and assist with the assembly of the array.

“Before this research, people really did not combine terahertz technologies and semiconductor chip technologies to do this beam forming,” Han says. “We saw this opportunity and, also with some unique circuit techniques, came up with some very compact but also efficient circuits on the chip so we can effectively control the behavior of the wave at these locations. By leveraging the integrated circuit technology, now we can enable some in-element memory and digital behaviors, which is definitely something that didn’t exist in the past. We strongly feel that using semiconductors, you can really enable something amazing.”

An array of applications

They demonstrated the reflectarray by taking measurements called radiation patterns, which describe the angular direction in which an antenna is radiating its energy. They were able to focus the energy very precisely, so the beam was only one degree wide, and were able to steer that beam in steps of one degree.

When used as an imager, the one-degree-wide beam moves in a zigzag pattern over each point in a scene and creates a 3D depth image. Unlike other terahertz arrays, which can take hours or even days to create an image, theirs works in real-time.

Because this reflectarray works quickly and is so compact, it could be useful as an imager for a self-driving car, especially since terahertz waves can see through bad weather, Monroe says. The device could also be well-suited for autonomous drones because it is lightweight and has no moving parts. In addition, the technology could be applied in security settings, enabling a non-intrusive body scanner that could work in seconds instead of minutes, he says.

Monroe is currently working with the MIT Technology Licensing Market to bring the technology to market through a startup.

In the lab, Han and his collaborators hope to continue to drive this technology forward by using new advances in the semiconductor field to lower the cost and improve the performance of the chip assembly.