Western Sydney will look to shrug off the disappointment of their thumping loss to Melbourne Victory when they take on fellow A-League Women cellar dwellers Canberra United.

The Wanderers have largely been defensively stoic this season but were cracked open by a rampant Victory in Saturday’s 5-0 loss.

“It’s important that the girls have to regroup themselves,” coach Catherine Cannuli said after the defeat.

“We play on Tuesday against Canberra and we can’t dwell on this 5-0 loss because our focus over the last couple of weeks was to finish the competition as strong as possible.

“So we’ve really got to put this behind us now and look towards Canberra on Tuesday.”

Cannuli stressed the importance of maturity, hinting the young Wanderers players would learn how to better manage a game after conceding early goals.

With their respective finals hopes over, both teams are very much playing for pride amid a hectic run of fixtures due to COVID-19 postponements.

The clash at the Wanderers Centre of Football is United and Western Sydney’s first meeting this season.

Canberra are coming off a 3-0 loss to Wellington – the Phoenix’s first win of the season.

They are yet to win a game this season despite scoring three goals on three occasions – for three 3-3 draws.

The Wanderers have one victory to their name and have scored just three goals in 11 games. 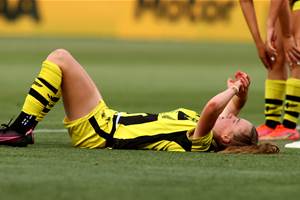 
No return home for Wellington Phoenix this A-League season

Wellington Phoenix have announced that their A-League Women’s squad will not get the chance to play in New Zealand this season. The club still hope to bring the Men’s side home this year. 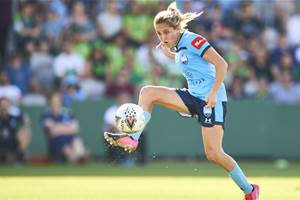 In a new series, The Women’s Game profiles the players that make the chances and stand out in the middle of the A-League park.

Maki vs. Temaki (Differences, Techniques, and Other