Want A Cheap House For Christmas? Head To Santa Claus


The pandemic has spurred people all over the world to seek out a bit of hope in new places. For some, that translated into putting up outdoor Christmas lights through dark days of lockdowns in March 2020. For others, that’s meant seeking out the spirit of Christmas in places where it lives on the whole year through, like in Santa Claus, Indiana.

Real estate has been thriving in Santa Claus over the course of the pandemic, according to a recent report from The New York Times. The small, Christmas-themed town, with street names like Silver Bell Circle and Donder Lane — not to mention three lakes named Holly, Noel and Christmas — spreads Christmas vibes year-round. 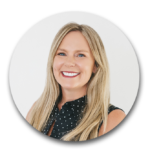 The town’s gated community of Christmas Lake Village (where about 90 percent of the town’s residents live) had 50 new homes go up in the last two years, a surge from the community’s typical two to three new homes per year, Hinshaw said. Likewise, The Times reported, the community of Christmas Lake Village might have 20 to 30 houses for sale at any given time, but as of mid-November, there were only five homes listed due to the recent spike in demand.

The median sales price of a home in Spencer County, where Santa Claus is located, was $198,500 as of November 2021, according to the Southwest Indiana Association of Realtors. Granted, that price is up 7.6 percent year over year, but is still significantly lower than the national median of $359,750 (as of Redfin data from the four-week period ending December 12).

“With COVID changing everything, as well as things that are happening in the market in general, we’re probably seeing an influx of people coming in that are trying to get out of those more dense areas,” Hinshaw said. “Also, we’re seeing people from California, Illinois, trying to get out of higher tax bracket states. And then part of it is people who just love Christmas — a combination of all three of them, potentially.”

Hinshaw added that new construction, in particular, has been thriving lately since there’s plenty of space to build in Christmas Lake Village and land is incredibly affordable.

“It’s probably the cheapest place to build in Southern Indiana, if you ask me,” she said. “The reason is because they developed this gated lakefront community in the ’60s and they didn’t require people to build. So there were a lot of people that bought these lots as an investment, and sat on them.”

Now those lot owners are taking their turns to cash out to people like Nancy and Robert Schwab, a retired couple who went on an exploratory vacation to Santa Claus in October 2020 to see if it was a plausible candidate for a more permanent move from their place in Joliet, Illinois.

Ms. Schwab’s zeal for Christmas played a big role in their decision to check it out, and they ended up signing a contract to build their retirement home on a half-acre lot in Christmas Lake Village, which they moved into in June 2021, The Times reported.

“We looked at other towns near here that had equal value in terms of real estate, but they didn’t have that extra Santa thing,” Ms. Schwab told The Times. “That was the deciding factor. This is an enchanting, darling place — just Christmas all the time.”

The modest town of about 2,670 people (as of the Census Bureau’s latest American Community Survey data from 2019) can see an influx of roughly 1 million visitors per year to its 1940s-era theme park Holiday World, according to a March 2021 interview of the park’s director of communications, Leah Koch, with the Owensboro, Kentucky-based Messenger-Inquirer.

The theme park was one of the first built in America and was originally called Santa Claus Land, but expanded its purview to more holidays in the ’80s in order to draw a wider audience, according to Insider. It was founded by Louis J. Koch in 1946, and is still owned and operated by the Koch family of automotive manufacturing and metals recycling company Koch Enterprises, Inc. (not the Koch Industries affiliated with rightwing political supporters Charles and David Koch).

During Christmas, the town’s post office is one of the busiest in the country, because a team of  “Santa’s elves” send written replies to children who send letters to Santa to the Santa Claus, Indiana, post office.

In short, Santa Claus and all signs of the holiday associated with the jolly old elf are everywhere throughout the town, making it a haven for anyone who would rather not confine their celebration of Christmas to the more traditional Black Friday through New Year’s Day.

“It can be [Christmas year-round] for some,” Hinshaw told Inman. “If they love it, it can be, and no one looks at them weirdly. There are some houses that are decorated all year long — it may be one room or something, maybe not the whole house. But, we have Santa Clauses on every corner, every business has a Santa Claus. This time of year everything is lit up… You’ve got a lot of things going on around the Christmas spirit.”

That Christmas spirit is one reason why Ms. Schwab felt comfortable adding a 600-pound concrete Santa statue to her permanent outdoor landscaping this year.

“We couldn’t have done that in Illinois,” Ms. Schwab told The Times. “Our new neighbors here are saying, ‘Do it early,’” regarding decorating for Christmas. “One of them told me, ‘Nancy, you can leave things up all year.’”