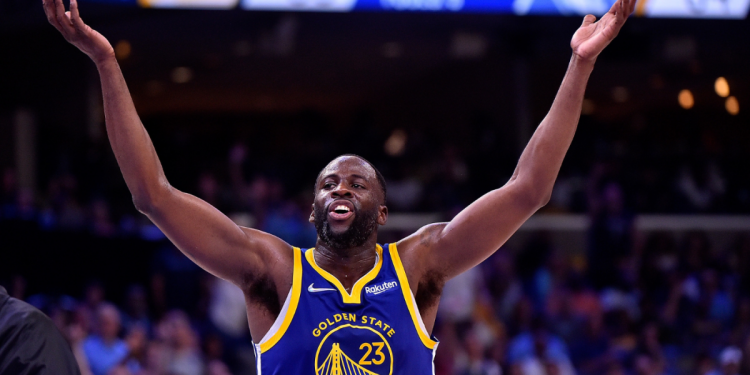 Draymond Green has a track record of getting banned from playoff games at the worst possible times. His infamous Game 5 suspension during the 2016 NBA Finals helped launch Cleveland’s legendary comeback from a 3-1 deficit to win the championship. In the latest incident, Green was ejected from the Golden State Warriors’ Game 1 win over the Memphis Grizzlies.

The play came at the end of the second quarter. Green was called for a foul when he pulled down Grizzlies big man Brandon Clarke by the jersey. On replay, it was called a flagrant-2 foul as “excessive and unnecessary.” Green initially slapped Clarke with a wind-up before pulling him down.

Following the game, Green called the ejection a “reputation thing” during an episode of his podcast, “The Draymond Green Show.”

“Very interesting one,” Green said. “One thing about that foul is I actually tried to hold him up. Well, I wasn’t told anything cause I left the court, but guys were told I was ejected for throwing him down, which is very interesting because even once he hit the ground I still was holding his jersey.”

As the officials watched the replay on the video monitor, Grizzlies fans chanted “throw him out” at Green.

When Green did find out he was getting ejected, he made a big show of his exit, dancing and hyping up the crowd as he left the floor.

Despite Green’s absence, the Warriors were able to escape with a dramatic win thanks to a late 3-pointer by Klay Thompson and a missed layup by Ja Morant at the buzzer. But while they got away with this one, the Warriors will need Green to stay on the floor for the remainder of the playoffs.

Russia-Ukraine war: what we know on day 68 of the invasion – The Guardian

Seven Takeaways From the 2022 NFL Draft – The Ringer

Seven Takeaways From the 2022 NFL Draft - The Ringer