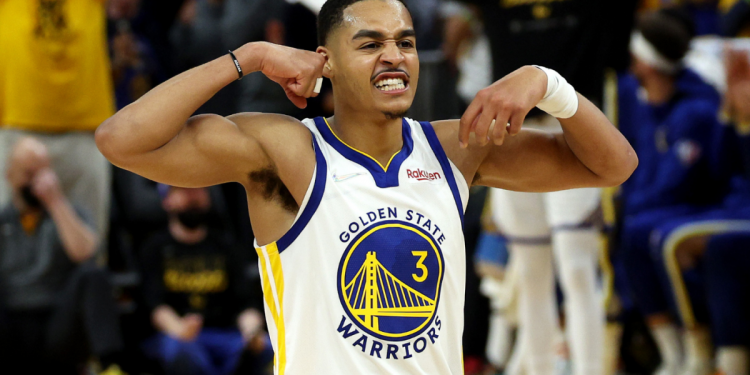 If you watched the first 24 minutes of Game 2 between the Golden State Warriors and Dallas Mavericks on Friday night but turned the game off at halftime, you’d probably be pretty surprised to learn that the Warriors ended up winning, 126-117. The Mavericks led the game 72-58 at halftime, and they appeared to be in control of the contest. However, the game did a complete 180 in the second half.

Golden State outscored Dallas by 12 in the third quarter, and then they outpaced the Mavs by 11 in the final frame to secure the victory. With the win, the Warriors took a 2-0 lead in the series, which will now shift to Dallas for Games 3 and 4.

Luka Doncic did everything that he could for Dallas, as he led the game in both points (42) and assists (eight), but ultimately his production wasn’t enough. Steph Curry led the way for the Warriors with 32 points and five assists, and Kevon Looney added a career-high 21 points to go along with 12 rebounds.

The loss has to be a deflating one for Dallas, especially after how well they played in the first half. Plus, no team wants to fall behind by two games in a playoff series. Now, they’ll have to figure out a way to bounce back at home. Before moving ahead in the series, though, here’s a look at three key takeaways from Golden State’s Game 2 win.

Dallas’ lack of a legitimate paint presence, or two, really ended up hurting them in this game. The Warriors were consistently able to get into the paint, and once there they faced little to no resistance at the rim. You saw this time and again in the second half. Over the course of the contest, the Warriors attempted 16 shots at the rim, and converted 14 of them, per Cleaning the Glass. That’s 87.5 percent. On the other side, the Mavericks didn’t convert a single shot at the rim.

If there was a bright spot for Dallas in Game 2, it was the play of their starting backcourt. In Game 1, Doncic and Jalen Brunson combined for just 34 points and eight assists. On Friday night, that duo blew those numbers out of the water. Doncic alone scored 40 and had eight assists, and Brunson added 31 and five assists of his own. For those that don’t enjoy math, that’s a combined 71 points and 12 assists — stellar production.

Unfortunately for Dallas, that duo didn’t get much help from the rest of the roster, save for Reggie Bullock who had 21 points. The duo of Doncic and Brunson can only do so much heavy lifting for the Mavs on the offensive end, so they’re going to need more from guys like Spencer Dinwiddie (four points in 22 minutes) and Maxi Kleber (three points in 33 minutes) moving forward in the series.

You can never count the Warriors out of a game. Even when the Mavericks took a large lead into the halftime locker room, the contest still felt far from over, and that proved to be the case. After being down by as many as 19 in the first half, the Warriors stormed all the way back in the second half to claim the win.

It was the 12th time that the Warriors have come back from a deficit of 15 or larger in the playoffs to win the game since Steve Kerr took over as head coach prior to the 2014-15 season. That’s the highest number for any team in the last 25 seasons, per ESPN. That stat is a testament to coach Kerr, and the guys he has in the locker room. Even if things don’t go their way early on, they don’t panic. Instead they stay on course and trust that the ball will start to bounce their way, and often it does.