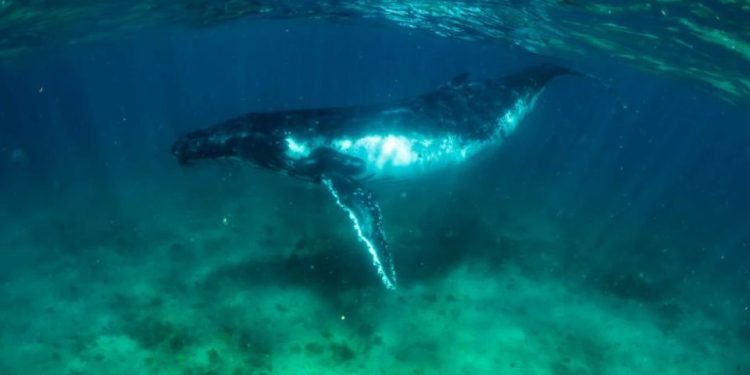 It comes just as the Great Barrier Reef on the other side of the country undergoes another devastating mass bleaching event.

The Australian Marine Conservation Society’s Paul Gamblin said the reefs at Ningaloo Marine Park were among the most magnificent natural wonders in the world.

“Every photograph of bleached corals must be a reminder that we have barely begun to make the necessary transition to clean renewable energy and is a clear rebuttal to any claim to the contrary or to any sense of complacency.”

Coral bleaching happens when the water is too warm, causing the coral to turn white as the nutrients inside them are expelled, leaving them vulnerable to disease and starvation.

Successive coral bleaching events will eventually see a reef die off as it takes a decade for the fastest of corals to recover.

Scientists warn coral bleaching events will become more common as global warming intensifies, killing off coral reefs which will have run on effects for the creatures living in the habitat, and local tourism industries.

He said it was hard to determine the long-term impacts of the current bleaching just yet.

Rising sea temperatures made worse by climate change are threatening many of Australia’s underwater ecosystems, including reefs on the west and east coasts, and underwater seaweed forests off the coast of Tasmania.

A United Nations monitoring mission is currently in Australia to gauge Canberra’s efforts to protect the Great Barrier Reef, which may see the world-heritage icon listed as endangered after intense efforts by the federal government to avoid such a designation.

How to Change Your Mindset About Sleep

How to Change Your Mindset About Sleep