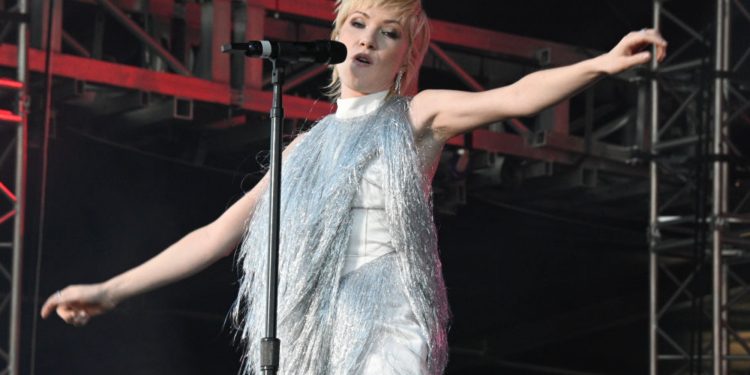 The pop star has been teasing new music in recent weeks, with a ‘Western Wind’ billboard popping up in California last week.

Jepsen posted a map of California to social media featuring lines such as “Coming in like a western wind,” “Reminding me love that it’s all connected,” “First bloom, you know it’s spring”, “Do you feel home in all directions?” and “A celebration, a jubilation.”

Captioning the post, Jepsen wrote “x marks the spot” with a cross visible on the map at exit 130.

Jepsen gave the song its official debut during her 11-song set in the Mojave tent at Coachella yesterday. She also performed tracks from her 2019 album ‘Dedicated’, 2020’s ‘Dedicated Side B’, as well as her global smash hit ‘Call Me Maybe’.

Check out her performance of ‘Western Wind’ alongside other highlights from her Coachella performance and a full setlist, below.

i hope Carly Rae Jepsen is doing ok after pulling a madonna at Coachella😍 pic.twitter.com/tGKfYcl9DD

I AM OBSESSED WITH CARLY RAE JEPSEN’S COACHELLA SET! 💕

“​​Hello. You’ve reached the Carly Rae Jepsen hotline,” she says. “Text me here to stay in the loop on all the kinds of things: new music, tour, secrets that I haven’t even come up with yet. News… no, wait, there will be no news. Sorry. But there will be music for sure.”

She last released an album in 2020, with ‘Dedicated Side B’ however, she also released the standalone single ‘Me And The Boys In The Band’ later that year.

The “pick me up” track was written as an ode to life on the road, with Jepsen saying “Here’s to all the shows we have played and have yet to play. The late-night dancers we turn into on the long bus drives and the tourists we become in the early mornings. Here’s to nostalgia city and keeping close the ones that know you best. Can’t wait for more.”

In 2020, Jespen also confirmed she’d made an “entire quarantine album” during lockdown. “It is very different,” she promised.

Elsewhere on Friday at Coachella, Arcade Fire played a secret set on the first day of the festival, performing tracks from upcoming new album ‘WE’, due out next month.

Harry Styles headlined the night and was joined on stage by Shania Twain, who performed her hits ‘Man! I Feel Like a Woman!’ and ‘You’re Still The One’.

During his 18-song set, Styles gave a live debut to record-breaking comeback single ‘As It Was’ as well as live debuts to new tracks called ‘Boyfriends’ and ‘Late Night Talking’.