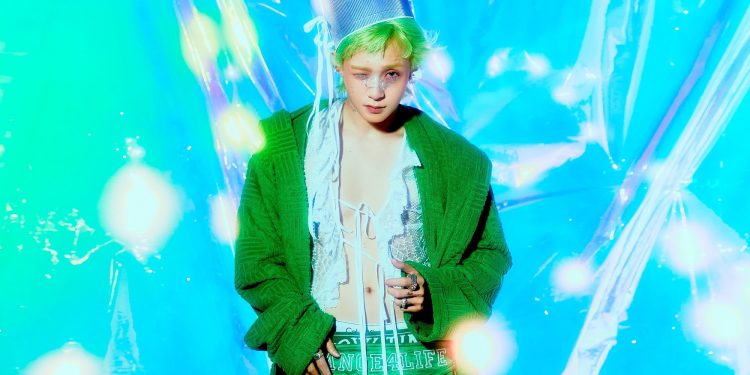 
Former PENTAGON member DAWN recently performed an unreleased track as part of his set at the Kyunghee University Festival.

The rapper debuted a track titled ‘Stupid Cool’ at the university’s annual festival, which was held at the campus’s Open Air Theater on May 24. The track sees DAWN chant “I love you, you’re the only one” over a hip-hop-inspired instrumental.

While DAWN has not announced when a studio version of ‘Stupid Cool’ is due, he did announce during the festival that he is set to release new music on June 16. Further details on DAWN’s forthcoming release are expected to be released in the coming days.

DAWN says his comeback will be june 16#DAWN #던
pic.twitter.com/f49uIgmuY7

DAWN’s forthcoming release comes nearly ten months after the release of ‘[1+1=1]’, his joint mini album with HyunA. That project was led by the single ‘Ping Pong’ and its vibrant music video, and included three other tracks – ‘Deep Dive’, ‘XOXO’ and ‘I Know’ – all co-written by DAWN.

Earlier this year, DAWN also announced his engagement with HyunA. The rapper broke the news through a video of the couple donning their unique engagement rings, along with the caption “MARRY ME.” HyunA later re-shared the post, and wrote in her caption: “Of course it’s a yes.”

Both artists were previously signed under CUBE Entertainment — HyunA as a soloist and DAWN as a member of the boyband PENTAGON. The pair was two-thirds of the Triple H sub-unit completed by PENTAGON’s Hui. The trio debuted in 2017 with the ‘199X’ mini-album and made a comeback in 2018 with ‘Retro Futurism’.

However, HyunA and DAWN both abruptly parted ways with CUBE Entertainment in 2018, following an announcement by the pair that they had been dating in real life since 2016. They later signed with P Nation in 2019.