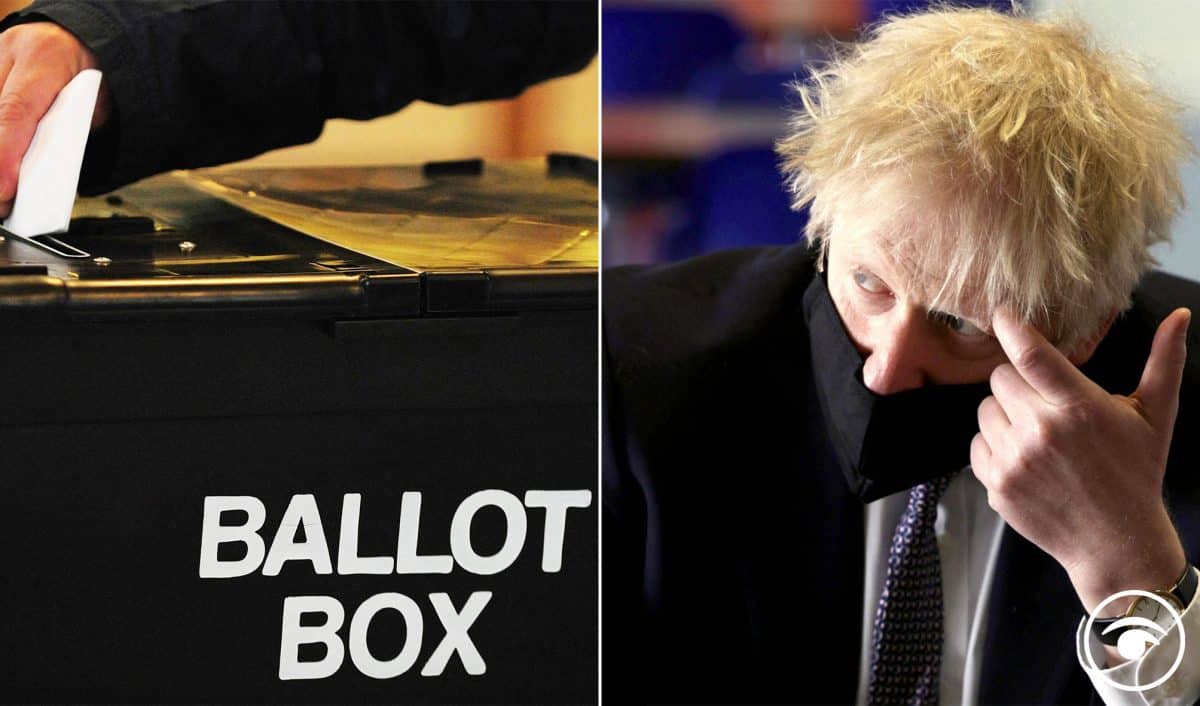 The Government will set out its legislative agenda for the new parliamentary session in the Queen’s Speech on Tuesday. One of the most controversial measures expected to be included is the use of photo ID to place your vote.

Britons will have to show photo ID to vote in elections, which critics claim could deter poorer and ethnic minority voters from taking part in democracy, about a quarter of voters – often younger voters – do not have either a passport or driving licence.

American civil rights groups have already warned the UK that such measures are often used to disfranchise voters who do not have the required paperwork.

It is supposed to cut down on voter fraud. However, the Electoral Commission says the country “has low levels of proven electoral fraud”; in 2019 there was just one conviction and one police caution for impersonating another voter.

However the PM has not always been very keen on IDs. He was even filmed making this comment about ID cards: “I would grind that ID card up in the Moulinex & I would eat it on my cornflake. but he now wants to restrict voting to people with photo ID.”

Boris Johnson said this about ID cards – I would grind that ID card up in the Moulinex & I would eat it on my cornflake.

but he now wants to restrict voting to people with photo ID. https://t.co/o7YS1VJpQe pic.twitter.com/HM5eGUYB0x

These are the measures which have already been confirmed or are expected from the Queen’s speech:

– Police, Crime, Sentencing and Courts Bill. Ministers have confirmed they will bring back the bill – giving police in England and Wales greater powers to shut down protests – after it was shelved in the last session amid violent protests in some parts of the country.

– Environment Bill. Also confirmed is the commitment to set new, legally-binding environmental targets in the run-up to the international Cop26 climate change summit in Glasgow at the end of year.

– Adult social care. Boris Johnson promised reform when he entered Downing Street in 2019 but the Government has yet to put forward proposals. However, Michael Gove insisted at the weekend that there will be a specific plan which will be “heading for the statute books” by the end of the year.

– A Health and Care Bill is expected to implement planned changes to the the structure of NHS England.

– A planning bill is expected to ease controls in England as part of a concerted drive to boost housebuilding.

– A Skills and Post-16 Education Bill is expected as part of the Government’s “levelling up” agenda with the promise of a “lifetime skills guarantee”.

– A Sovereign Borders Bill is expected to overhaul the asylum system in an attempt to deter migrants from crossing the Channel.

– An Elections Integrity Bill is expected to require voters to produce proof of their identity when voting in elections.

– Fixed-term Parliaments Act repeal. Ministers have said they will scrap the 2011 legislation brought in by the former coalition government and restore the prerogative power to call early general elections.

– A Building Safety Bill is expected to bring in a new system of safety regulations and inspections for buildings under construction in the wake of the Grenfell Tower fire.

– Legislation is expected to limit future prosecutions of British soldiers who served in Northern Ireland during the Troubles. Reports suggest it may also cover paramilitaries.

– An Animal Sentience Bill will give animals “with a backbone” the “right” to have their feelings recognised in law.

– An Animals Abroad Bill is expected to ban the import of trophies from animal hunting while a Kept Animals Bill will stop live animal exports and ban families from keeping primates as pets.

In the 2019 election, there was just one conviction for voter fraud.

3.5 million British citizens do not have a photo ID.

This is a cynical and ugly attempt to rig the system to disempower the poorest and most marginalised groups.https://t.co/Nr0V1wsgVJ

THAT’S how you know his Voter ID policy is just about voter suppression against already marginalised groups. pic.twitter.com/BwHrFVA3Hw

At Lobby briefing, Boris Johnson’s spokesman justifies voter ID plans by comparing it to using photo ID to “take out a library book” or “pick up a parcel.”

Neither of these things requires photo ID.

Mandating voter ID is not about stopping fraud. It’s about preventing the young, people of colour and the poorest from voting. The people least likely to vote Tory. We must resist this with all we’ve got.

Completely. Passports – cost /photos are expensive. And this is so wrong anyway – voter fraud is not a problem. Problem is low turnout and this is going to intensify it.

“Boris Johnson is borrowing his policy from America… that discourages people who you think may not vote for you. We have got to make it easier for people to vote… rather than making it more difficult for people who are entitled to vote.” #LBC pic.twitter.com/N9xdI2c5PN

The Tories’ plans to introduce voter ID is a solution chasing a near-non existent problem, and is driven by rigging the electoral system in their favour and nothing else. https://t.co/a69aGE2QWi

20 Teacher-Approved Coding Apps for Kids and Teens in 2023

20 Teacher-Approved Coding Apps for Kids and Teens in 2023