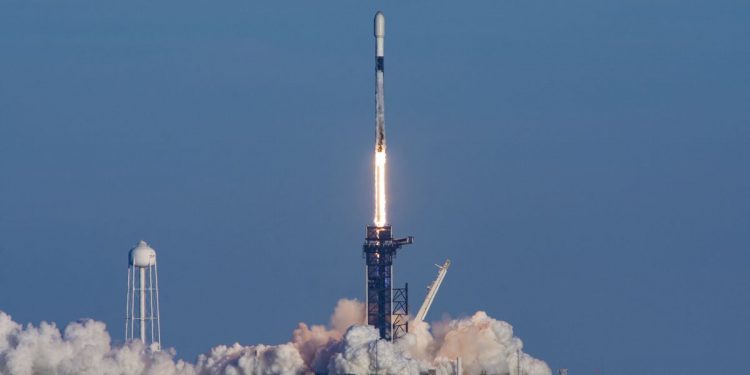 A SpaceX Falcon 9 rocket will fly its record-tying 12th space mission this Friday (May 6), and you can watch the action live.

A two-stage Falcon 9 topped with 53 of SpaceX’s Starlink internet satellites is scheduled to lift off from NASA’s Kennedy Space Center in Florida Friday at 5:42 a.m. EDT (0942 GMT). Watch it here at Space.com when the time comes, courtesy of SpaceX, or directly via the company.

It will be the 12th launch for this Falcon 9’s first stage, tying a company reuse record. And the vehicle will fly again after Friday, if all goes according to plan; SpaceX aims to land the booster yet again, on its droneship A Shortfall of Gravitas, which will be stationed off the Florida coast.

Starlink is SpaceX’s huge and ever-growing constellation of broadband satellites. The company has launched more than 2,400 Starlink spacecraft to date, many of them this year; 10 of SpaceX’s 17 launches in 2022 have been dedicated Starlink missions.

And there will be many more such flights to come. The next-generation version of Starlink — which is already providing internet service to a variety of locales around the globe — could consist of up to 30,000 satellites, according to paperwork filed by SpaceX.

As the Falcon 9 launch tally shows, 2022 has already been a big year for SpaceX. Last month was particularly busy; the company launched six missions in April, including Ax-1, the first-ever all-private crewed flight to the International Space Station, and Crew-4, SpaceX’s latest astronaut flight to the orbiting lab for NASA.

Ax-1 came back to Earth after a 15-day stay aboard the station, but Crew-4 will be up there for about six months — roughly the same duration as Crew-3, which launched in November 2021 and is set to splash down off the Florida coast early Friday morning.