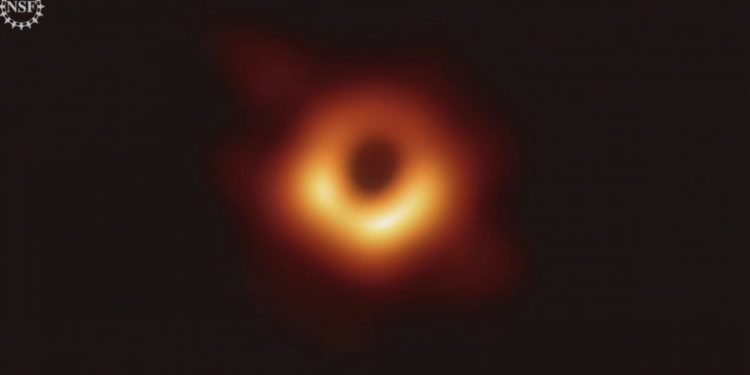 The Event Horizon Telescope (EHT) has spotted something incredible in the Milky Way galaxy — something its team is calling “groundbreaking.” But what exactly that discovery is, we won’t find out until Thursday (May 12).

The Event Horizon Telescope (EHT) team has teased the discovery online, but the full announcement will come during a set of news conferences at 9 a.m. EDT (1300 GMT) hosted by institutions around the world. The Milky Way discovery events will also be streamed online for public viewing. Following the press conferences, both the National Science Foundation (NSF) and the European Southern Observatory (ESO) will host independent Q&A panels that will also be broadcast online.

The EHT is a network of radio telescopes around the world that studies, primarily, black holes. In 2019, the EHT similarly teased a new discovery that turned out to be the first-ever image of a black hole. Regardless of what the discovery is, it’s sure to be riveting. Below are the details for live webcasts that will stream the EHT announcements, as well as the subsequent Q&A sessions.

Related: 8 ways we know that black holes really do exist

The NSF will host its press conference in Washington, D.C., with live video broadcast online on the NSF website and the foundation’s Facebook page.

The ESO, which operates some of the facilities that participate in Event Horizon Telescope observations, will host its press conference in Garching bei München, Germany, outside of Munich. The live video will be streamed on the ESO website and its YouTube channel.

The Joint ALMA Observatory, which comprises the Atacama Large Millimeter/submillimeter Array (ALMA) of NRAO/NAOJ/ESO and the Atacama Pathfinder Experiment (APEX) of the ESO, which both take part in Event Horizon Telescope observation campaigns, will host its press conference in Vitacura, Chile. Catch the live stream on the ALMA Observatory website

Feeds in other languages

A host of partner organizations will also be offering announcement broadcasts in languages besides English:

After the main announcement, the NSF will host a Q&A session with a panel of EHT researchers. It will be broadcast online on the NSF website and the foundation’s Facebook page

ESO will also host a Q&A session with a panel of EHT researchers that the public can watch on its YouTube channel.