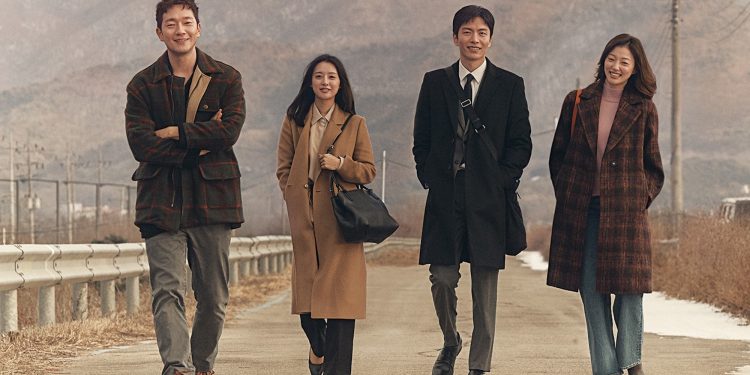 
Netflix has unveiled the first official trailer for its latest K-drama series, My Liberation Notes.

In the brand-new trailer, the characters are seen grappling with their personal struggles. Mr. Gu (D.P.’s Son Seok-goo) is seen walking into a room filled with empty soju bottles as Yeom Mi-jung (Arthdal Chronicles’ Kim Ji-won) asks: “Why do you drink every day? Do you want something to do other than drinking?”

Yeom Ki-jung (Black’s Lee El) and Yeom Chang-hee (The Beauty Inside’s Lee Min-ki), meanwhile, reflect on their struggles with forming romantic relationships. The former then decides to “fall in love with just anyone”, while the latter expresses resentment over his latest breakup.

The teaser ends with Mi-jung confessing that she doesn’t feel satisfied with her life. “I want to be filled up for once,” she cries. “Love isn’t enough.”

My Liberation Notes follows three siblings who want to escape their dead-end lives and how their lives are changed with the arrival of a mysterious stranger from out of town. The drama is set to premiere on April 9 at 10:30pm KST and will air on South Korean cable network JTBC every Saturday and Sunday. The series will also be available to stream on Netflix.

In other news, romantic-comedy K-drama A Business Proposal has topped Netflix’s Global Top 10 list of the most-watched non-English shows. The drama logged 23.4million hours viewed for the week of March 14 to 20, a noted increase from the 15.9million hours from the week prior.

7 Doors in 11 Months While Investing Out-of-State