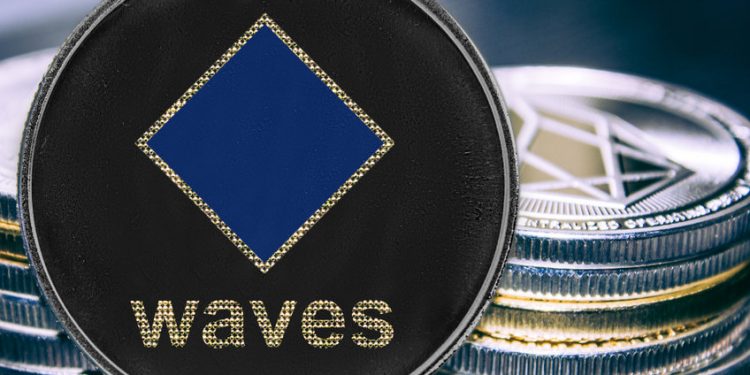 
Waves (WAVES) has hit record highs in a recent bullish run that appears to be stronger than ever. The coin has smashed past several key indicators and looks like bulls still have a lot of room to run. So, what should you expect next? More on this to follow but first, here are some notable developments: 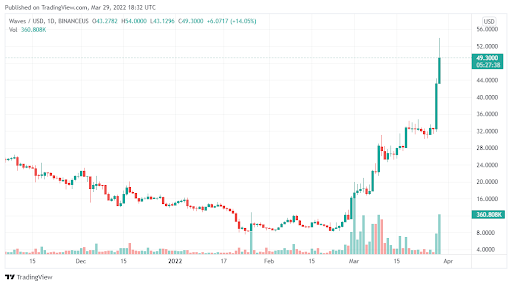 Waves (WAVES) – What comes next?

The rally today came on major news from the platform. Waves will now begin operations in the US and is setting aside a lot of money to bring in developers to the ecosystem. But this is not the only thing. Over the last 2 weeks, the coin has been rising and rising.

It has gone past several resistance zones and unleashed a bullish momentum that has taken it well above its ATH. Although it is likely Waves will pull back, we do not see this happening in the coming days.

In fact, waves is likely to test $60 in the days ahead before any sell-off even comes into the picture. The coin has for now paired all losses reported this year and is looking forward to Q2 with a vengeance.

Should you buy Waves (WAVES) now?

There is no doubt WAVES is on the run. Every indicator is bullish right now, so it’s the best time to buy for any short-term trader. Q2 also promises to be a very big period for this token.

$60 is well in sight in the near term and as such, this gives investors a very good opportunity to make decent returns as they take advantage of this bullish sentiment.

We see the world changing...