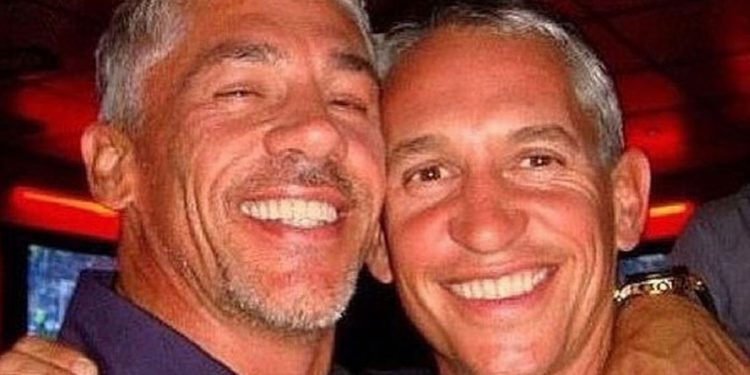 
Wayne Lineker is keen to make amends with his big brother Gary Lineker, ahead of celebrating a milestone birthday next week.

The Ibiza club owner, 59, and Gary, 61, have become estranged over recent years – with Wayne previously pinning the blame on their strained relationship on the retired footballer’s now ex-wife Danielle Bux.

But taking to Instagram on Thursday, Wayne seemed ready to put past behind him – extending a public olive branch to the Match of the Day presenter.

Posting two snaps of himself alongside his older sibling – one as adults and a throwback image of the brothers as kids – Wayne told his 844,000 followers that life is too short to feud, alongside a public plea for Gary to attend his 60th birthday party.

“If there was one person in the world I would love to surprise me at my 60th birthday party next week @obeachibiza it would be this man,” the dad-of-four captioned the pictures of him and Gary.

“I don’t think it’s too difficult to work out we’re not as close as we were [sad-face emoji] #lifestooshort #brothers.”

Alex Reid – one of Katie Price’s ex-husbands – instead focused on how the estranged siblings have grown old in similar ways.

“Neither of you have aged,” the former MMA fighter declared underneath the two snaps. “Just a little bit more grey! The Linekers have great genetics! What’s your secret?”

Wayne has previously claimed his rift with Gary began back in 2008 when the sports broadcaster began seeing Danielle Bux, who we went on to marry the following year – eventually divorcing his second wife in 2016.

“In my opinion Danielle cost me my relationship with my brother. Sadly Gary is no longer a part of my life,” Wayne told The Sun in April 2015.

He went on to allege that their communication wound down – eventually fizzling out – following an awkward first meeting with his brother’s then beau.

“They came to Ibiza in August 2008 and it was really awkward. I didn’t spark with Danielle and our relationship was cold,” Wayne recalled in 2015.

The brothers had previously been close – with Wayne even acting as Gary’s best man when he tied the knot with ex-wife Michelle Cockayne in 1986.

But the O Beach Ibiza owner wasn’t part of the wedding party when Gary walked down the aisle once again to exchange vows with Danielle in 2009.

The club owner refused to attend because he was told his then girlfriend, model Ana Tanaka, was not invited just months before the big day.

By 2017, the brothers had begun to speak again – albeit briefly and awkwardly – and Wayne even posted a heartwarming tribute to Gary on his 60th birthday in November 2021.

“We talk now. We are not how we were years and years ago, but we speak more now,” Wayne told The Sunday Mirror.

“We are slowly getting there. It’s important. He’s my brother. We were so close. We used to play golf twice a week, go to each other’s houses and speak every day on the phone.”

Gary is yet to publicly accept – or reject – Wayne’s invite to Ibiza for his 60th birthday celebrations next week.

The dad-of-four does not comment on his relationship with his younger brother.