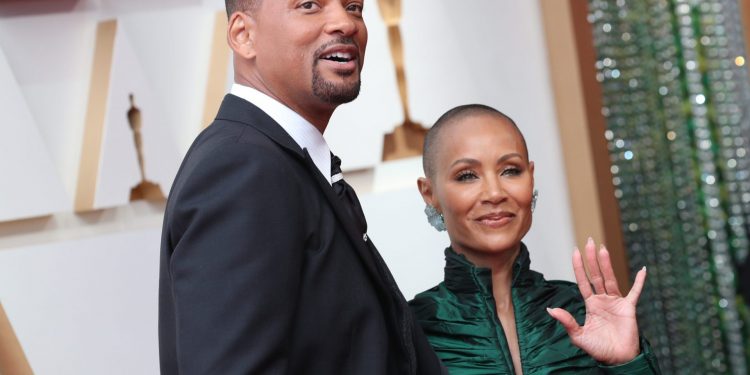 
Will Smith and Chris Rock’s unexpected Oscar incident has fans sharing the Encanto-themed ‘We Don’t Talk about Jada’ meme.

The viral incident has got many viewers and movie fans talking on Twitter. The platform is divided into two camps – one supporting Will’s actions and the other condemning them.

However, fans are also creating and sharing a string of memes after what happened on the stage.

Many Twitter users took it a step forward and spun an Encanto-themed meme entitled ‘We Don’t Talk About Jada.’

The meme is based on Encanto’s hit song We Don’t Talk About Bruno.

After storming onto the stage and slapping comedian Chris Rock for the GI Jane joke about his wife Jada Pinkett Smith, Will took to his seat before hurling expletives at the host, telling him: “Keep my wife’s name out your f—ing mouth.”

Creating a joke out of Will’s comment, fans used the Charm song’s lyric *We don’t talk about Bruno, no, no, no* and replaced ‘Bruno’ with ‘Jada.’

While Twitter is flooding with users making ‘We Don’t Talk About Jada’ memes, a Twitter user named John Walsh took the meme to a whole new level by singing the song out loud for his fans.

After the slapping incident, Will went on to win the award for Best Actor. In his acceptance speech, the star, 53, apologized to the Academy and to his fellow nominees, but not to Chris.

The star drew parallels between “King Richard,” the father of Venus and Serena Williams, and himself by stating: “Richard Williams was a fierce defender of his family.”

However, the actor did issue a public apology to Chris via his Instagram on Monday. He admitted that his behaviour was ‘unacceptable and inexcusable.’

“I am embarrassed and my actions were not indicative of the man I want to be,” he said in the post.

In other news, Kanye vs Will Smith: Which award show moment was the most shocking?

Photography Websites for Students of All Ages and Grade Levels

Photography Websites for Students of All Ages and Grade Levels