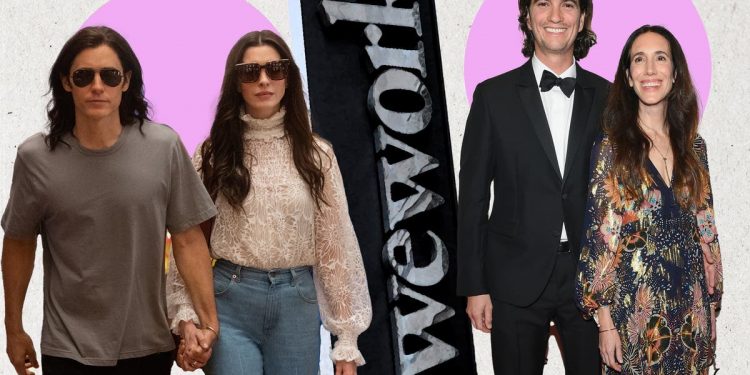 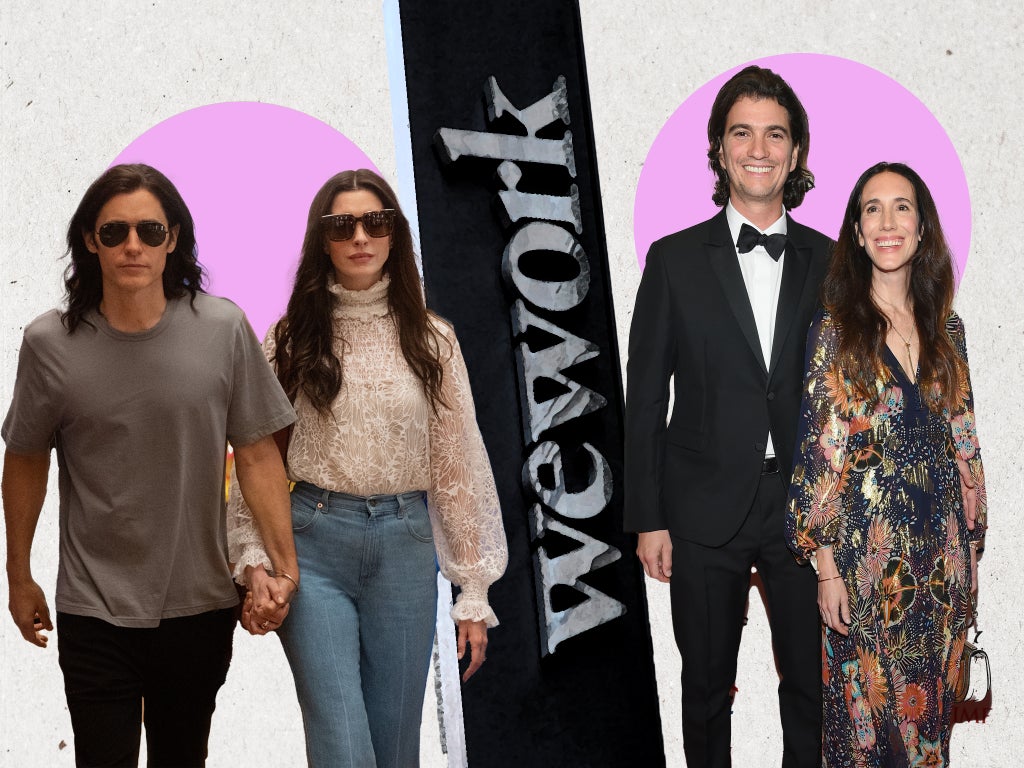 It’s the season for scammers. Well, for television viewers in any case. Following the drop of Inventing Anna and The Tinder Swindler on Netflix in February, Disney+ saw the tale of Elizabeth Holmes and the swift crash of her biotech company Theranos relayed in The Dropout. And now we’ve got another “scam” to sink our teeth into: WeCrashed.

WeCrashed, which launches on Apple TV+ on 18 March, takes a dramatised look at WeWork, the co-working giant that went from being one of the world’s most valuable startups to having its stock plummet in 2019.

At its height, the company had locations globally and a valuation of $47 billion (£36 billion). It was looking to expand into gyms and schools before it almost faced bankruptcy at the end of 2019.

It charts the rise and fall of one of the biggest unicorn companies of the past two decades, but what happened to the tech company that had such a promising future? And what happened to its leader who was often accused of running a “cult-like” and “toxic” work environment?

In 2008, Adam Neumann and architect Miguel McKelvey started Green Desk, an “eco-friendly co-working space” which was based out of Brooklyn in New York.

This was the same year that Adam and Rebekah Neumann got married, just months after they met. Later, Rebekah told Coveteur: “From the second I met Adam there was an energy between us that felt like it was larger than just the two of us.”

It was Rebekah’s investment, a reported $1 million (£763,000) that helped WeWork get off the ground. Over the years she held several roles at the company, including chief brand officer and co-founder, although the latter has been debated. “I’m responsible for all of the messaging, the mission, the values, and, most importantly staying true to the DNA and mission of what we initially set out to do at WeWork,” she told Coveteur.

Neumann and McKelvey began WeWork with its first location in Manhattan’s SoHo district.

WeWork billed itself as a real estate company that provided shared workspaces for startups, freelancers and other companies.

Its spaces are revered for being modern and “Instagrammable” (even before Instagram was a thing), with sleek wooden floors, community lounges, ping pong tables and neon signs carrying slogans like “Hustle Harder” and “Make It Happen”.

The first WeWork Labs opened in SoHo in 2011. The labs functioned as a “startup incubator” and provided a workspace for those looking to develop a startup company that “don’t have their business ideas fully cooked”.

By the end of 2012, WeWork had four offices in New York City, one in Los Angeles and one in San Francisco.

This was also the first year WeWork hosted its first annual Summer Camp, a (mandatory for employees) three-day “networking and music” event which saw WeWork-ers descend on a wooded property owned by Rebekah’s family in upstate New York.

Employees were also said to be expected to attend the company’s weekly Thank God It’s Monday parties, which often went to the early hours of the morning.

2013: WeWork continues its US expansion

By the end of 2013, WeWork now had two new offices in Washington DC and another office in Seattle.

This was the year the Neumanns purchased a $10.5 million (£8 million) Greenwich Village townhouse which they spent $6.5 million (£4.9 million) renovating as well as a “modest” home in the Hamptons.

The Wall Street Journal reports that their real estate portfolio continued to grow over the next five years, converting four condos in New York’s Gramercy Park to a single penthouse which they later listed for $37.5 million (£28.7 million); a $15 million (£11.4 million) estate in Bedford, a mansion in Amagansett that backed onto one of Gwyneth Paltrow’s homes, and a $21 million (£16 million) mansion in California.

At Summer Camp this year, Neumann said on stage: “Every one of us is here because it has meaning, because we want to do something that actually makes the world a better place. And we want to make money doing it!”

Neumann became an almost shamanic figure at WeWork, which employees would later reflect on as being “cult-like”. “When you’re in a room with Adam, he can almost convince you of anything,” one former employee told Vanity Fair.

A senior executive added: “So many of the people were young and had never worked in a real company. They bought all of it. I realised after I got there it was a cult.”

It was in 2014 that it looked to London to open its first international office. It opened its first outpost on London’s Southbank and, today, there are 49 WeWork spaces located in the capital.

The growth took a toll on WeWork employees. One former employee told Vanity Fair: “We would joke that we worked like slaves. Adam would have meetings on Sunday, and you could never miss those. And sometimes it wouldn’t happen, or it’d happen hours late and you’d be there all night. You’d cry in the bathroom all the time.”

Having dominated the co-working sector, WeWork set its sights on co-living with its WeLive launch.

The initial WeLive outpost was in the same building as WeWork’s Wall Street location in Manhattan, and the concept saw fully furnished units with amenities like a laundry room, yoga studio, espresso bar and happy hours. The concept intended to create a community.

In a 2016 interview with Fast Company, Rebekah revealed just how intertwined the Neumanns were with WeWork. She said: “We don’t have a line at all between work and life. It’s not even a blurred line. There is no line.”

According to Vanity Fair, when Rebekah returned from maternity leave in 2017 she reportedly decided she wanted to become the company’s chief brand officer, a role that SoulCycle co-founder Julie Rice had been recruited for. Rice quit the company soon afterwards.

Hot off the heels of WeLive, Rebekah announced plans for WeGrow in November 2017, a private school for children from the age of three until grade four. Children between five and eight would take classes on sales techniques, brand building and supply and demand.

“We couldn’t find the school that we felt would nurture growth,” Rebekah told Fast Company at the time. “These children come into the world, they are very evolved, they are very special. They’re spiritual. They’re all natural entrepreneurs, natural humanitarians, and then it seems like we squash it all out of them in the education system.”

After opening locations in South Korea in 2016, WeWork opened a 2,200-seater community workspace in India’s Bangalore in 2017 followed by several workspaces opening in Japan’s capital of Tokyo.

This year also saw WeWork partner with Airbnb with the aim to allow business travellers to stay in Airbnbs and book a desk at a WeWork.

The company also opened its first permanent gym in Manhattan, Rise by We.

According to Bustle, as the company grew: “Adam expected deputies to show up for Kabbalah meditation classes and tequila-addled midnight meetings, and their children opened up lemonade stands in the office.”

Another report from Business Insider claimed that Rebekah’s preference for white-only technology once led staff to buy a can of white paint and paint her desktop phone.

Executives told Vanity Fair that this was the same year that Rebekah fired a mechanic who worked for the company’s Gulfstream because she “didn’t like his energy”.

It was at this year’s Summer Camp — which saw 8,000 people, mostly WeWork employees, gather at Eridge Park near Kent in the UK — that Rebekah made a statement some saw as “anti-feminist”.

According to Property Week, Rebekah pointed at Adam’s sister Adi Neumann in the front row of their talk and said: “I’m so grateful you took care of Adam.”

Rebekah added, speaking of WeWork: “You helped him create the biggest family in the world. A big part of being a woman is to help men [like Adam] manifest their calling in life.”

The festival that year also featured a panel event where the Neumanns spoke about the success of their relationship. One attendee told The New Yorker: “I was kind of grossed out by this whole religious, heteronormative undertone to everything.”

In October of 2018, a complaint was filed in the Manhattan Supreme Court which detailed former employee Ruby Anaya’s allegations against the company. Anaya began working at WeWork in 2014 and claimed she had been groped by two different employees at two company events where “attendance was mandatory and alcohol was readily available”.

Anaya said she immediately reported both incidents to HR but claimed that WeWork “didn’t take action” and managers began to “shut her out of work projects” before her contract was terminated in August 2018. At the time she said the company was emblematic of an “entitled, frat-boy culture that permeates [it] from the top down”.

In January of 2019, WeWork decided to rebrand as We Company and would consist as three business units: WeWork, WeLive and WeGrow.

In August 2019 it filed paperwork detailing its intent to go public. At this point it had been valued at $47 billion (£35 billion) and the We Company had 500 locations across 29 countries.

An initial public offering (IPO) or stock launch sees shares of a company sold to institutional and retail investors.

In the month following the We Company filing its IPO paperwork, the valuation was cut down to $10 billion (£7.65 billion), Adam Neumann was removed as CEO and the IPO was delayed indefinitely.

There were a number of reasons for this fall in stock, but namely it was due to how profitable the company was. This is because the IPO paperwork revealed that in 2018, WeWork lost $1.6 billion (£1.2 billion) of its $1.8billion (£1.3 billion) in revenue, the company reportedly loaned millions to Neumann and other senior executives and Neumann allegedly cashed out $700 million (£536 million) from the company ahead of its IPO.

In October the We Company’s biggest investor, Softbank, took over WeWork and Adam Neumann was given a $1.7 billion (£1.3 billion) golden parachute to step down as chairman of the board.

Following more losses due to the pandemic and the rise of home working, WeWork has begun to build itself up again. It currently has 751 “open and coming soon” locations across 121 cities according to its site.

WeGrow was shut down at the end of 2019 and WeWork officially parted with WeLive in 2021, with its two locations — the other being in northern Virginia — handed over to the management of both buildings.

In November 2021, at The New York Times DealBook Summit, Neumann made his first public comments two years on since being ousted from WeWork. He said: “It was never my intention for the company not to succeed, and not what they signed up for.”

He added: “When you take equity and you’re trying a start-up, you take a risk. I wish it would have worked out differently for everybody.”

Neumann said that the perception that he profited “while the company is going down” was “completely false”.

Of his management style, he said WeWork had a “fun culture” and “for a long time—for seven years out of the nine I was there—it was working really well.”

Neumann recently acquired the rights to WeGrow and has invested in a residential buildings start-up company.

He and Rebekah currently live in their home in the Hamptons with their five children.

Putin could use women refugees from Ukraine to launch terror attack on UK, Priti Patel warns 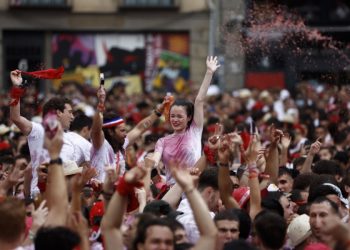