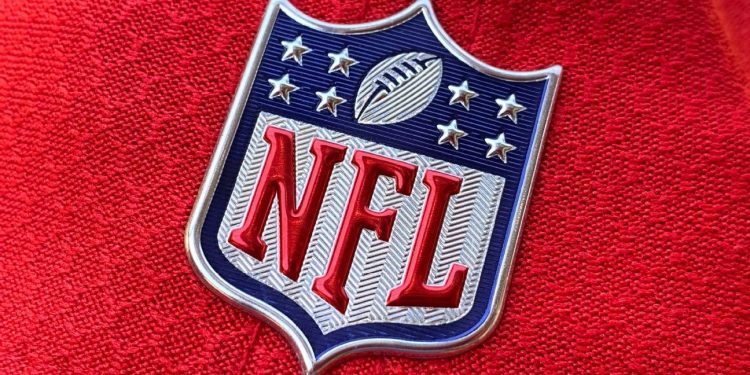 The NFL will open its 2022 season where the final game of last season kicked off — in Los Angeles’ SoFi Stadium, as the Super Bowl-champion Los Angeles Rams host the Buffalo Bills on Thursday, Sept. 8, the teams announced.

The Bills-Rams matchup features elite quarterback play between Matthew Stafford and Josh Allen, who has guided the Bills to back-to-back playoff appearances. This game highlights a challenging schedule for the Rams, whose opponents have the league’s highest winning percentage from last year (56.7%). NBC will broadcast the game.

Other key Week 1 matchups include the Tampa Bay Buccaneers at the Dallas Cowboys on Sunday night, a rematch of last season’s Thursday night opener; the Los Angeles Chargers hosting the Las Vegas Raiders, re-igniting a dramatic 2021 regular season finale with playoff implications; the Cincinnati Bengals at the Pittsburgh Steelers, a clash of fierce AFC North rivals; and the Kansas City Chiefs making the trip west to play the Arizona Cardinals, two high-powered offenses in the desert.

The Buccaneers will face serious firepower in the first month of the season, with a Sept. 25 home opener against Aaron Rodgers and the Green Bay Packers and a clash with Patrick Mahomes and the Chiefs the following week.

Other Week 1 matchups include the Jacksonville Jaguars, with new coach Doug Pederson, at the Washington Commanders, with new quarterback Carson Wentz. Pederson coached Wentz in Philadelphia and won a Super Bowl with the Eagles, although Nick Foles was behind center with Wentz injured.

“Expecting to have an unbelievable crowd there,” Vikings coach Kevin O’Connell told the Vikings’ website. “I’ve talked a lot about being on that visitor’s sideline, so I know what the Packers will be in store for on opening weekend. I expect to see a stadium full of purple. It’s a great opportunity for us and a challenge.

“What a way to start your season _ a challenge but also a great way to kick-start what is hopefully going to be a great 2022.”

Also, it will be the Cleveland Browns at Carolina Panthers, San Francisco 49ers at Chicago Bears, Eagles at Detroit Lions, Baltimore Ravens at New York Jets, and New York Giants at Tennessee Titans.

Teams that will open on the road and will be home in Week 2 include Kansas City hosting the Chargers in the first Amazon Prime Video game on Thursday night.

Previously revealed was that one of the Christmas Day tripleheader games, Denver at the Rams, will be televised by Nickelodeon as well as CBS. The other Christmas games are Green Bay at Miami in the 1 p.m. slot, then Tampa Bay at Arizona at night.

Christmas Eve will also have a contest, with the Raiders at the Steelers.

The traditional Thanksgiving games will have Detroit hosting Buffalo, Dallas at home for the Giants, and New England at Minnesota at night.

More holiday fare: 14 games on New Year’s Day, which will force some bowl games to adjust away from Jan. 1. The likely top matchups to begin 2023 include San Francisco at Las Vegas, Miami at New England, and Denver at Kansas City.

Also previously announced were the international games. The Bucs and Seahawks will participate in the first regular-season NFL game in Germany, on Nov. 13 in Munich. Green Bay will become the final team to play in Europe, facing the Giants on Oct. 9 at the home of Premier League soccer team Tottenham in London. The same site also hosts the Vikings and Saints the previous week.

Other international games include the Broncos vs. the Jaguars at Wembley Stadium in London on Oct. 30, and the 49ers and Cardinals squaring off in Mexico City on Nov. 21.

Week 15 features a tripleheader on Saturday, Dec. 17, though which of five matches will be switched from Sunday won’t be decided until closer to that weekend. The possibilities are Miami at Buffalo, Baltimore at Cleveland, Indianapolis at Minnesota, Atlanta at New Orleans, and the Giants at Washington.

The final weekend, Jan. 7-8, 2023 — all intra-division matchups — will also have two games moved to Saturday. Those will be determined early in Week 18.

“For months, we’ve known who we’re playing and where,” Browns coach Kevin Stefanski said, “but to see how it unfolds, where our bye week is and where our division opponents are is fun for our coaches. That first opponent is something you look at so you can start to work on their coordinators, understand what they’ve done and try and get a head start on that game.”

The Rams, Packers, Bucs, Broncos, Eagles, Cowboys, Chargers, Chiefs, Steelers, 49ers, Patriots and Bengals each have five night games. One team — the Lions — are not currently scheduled for a prime-time game, though that could change if the team shows improvement.

Teams have known their opponents since the end of last season, but the NFL builds drama around the schedule release, announcing the order, kickoff times and broadcast networks for all 272 games on one night each May. This will be the second NFL season that follows a 17-game schedule, as agreed upon by the NFL and players union during recent labor negotiations.

The regular season runs through Jan. 8, with the Super Bowl set for kickoff Feb. 12.