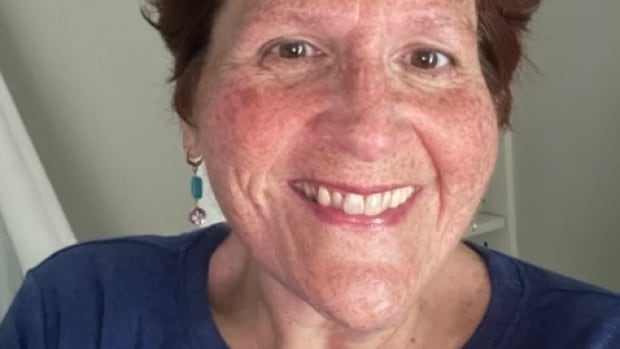 Theresa Babb was 12 when a birthday gift from a doctor broke her spirit.

Doctors were trying to determine why the pre-teen was overweight. A hospital stay in Halifax coincided with her birthday.

With a flu making the rounds, visitors weren’t allowed to enter the hospital. A doctor gave her a birthday card that had an elephant on the front.

“I think that’s when, as a child, I recognized and understood that I was never going to get any help,” said Babb, now in her 60s. “Didn’t matter where I went, who I spoke with. That just continued on for the rest of my life.”

Whether it was a doctor who remarked that her hiking boots were just “for show,” or a doctor who asked if she was going to get a fat bike when she expressed an interest in cycling, Babb has encountered weight bias many times.

In a health-care setting, this happens when the provider holds negative thoughts or incorrect beliefs about weight, which either unintentionally or intentionally impacts the quality of care they provide.

Some of these beliefs could be that obesity is a personal choice, or that obese people are lazy or gluttonous.

A recent Public Health Agency of Canada report says Babb is not alone in the experiences she’s had. It found that after adjusting for sex, income and other characteristics, higher-weight people were “significantly more likely” to report discrimination in health care.

“You know, that’s the only word that I can think of when I think about how many times I’ve left a doctor’s office just feeling even worse about myself than I did when I went in.”

The report notes that weight bias is associated with adverse physiological and psychological outcomes.

Dr. Michael Mindrum, who practises medicine in Nova Scotia’s Annapolis Valley, recently wrote a blog post about weight bias and discussed instances where he’s been guilty of it.

“I’m sure I’ve said words that were not the best in the past, despite good intentions,” he told CBC News.

Mindrum said the curriculum in medical school didn’t examine the science behind obesity, and his residency didn’t provide further insight. He learned about it through going to conferences and talks.

The science behind obesity

Mindrum said weight is regulated in a part of the brain called the hypothalamus.

“It’s genetically conferred. It’s a disease that exists in a deep structure in the brain that regulates our appetite as it interacts with an environment that is prone to causing obesity in those that have genetic susceptibility, so all this really is beyond an individual’s control,” he said.

He said the hypothalamus also regulates other vital functions, such as body temperature, thirst and thyroid function.

Mindrum said that while things such as behaviour change, nutrition and movement can lead to weight loss, they’re just part of the solution.

He wants to see an overhaul in how obesity care is provided in Nova Scotia, including additional support for obesity medication — which isn’t covered by pharmacare — and bariatric surgery.

He said increasing access for bariatric surgery would pay for itself. He views it as an essential surgery.

“Patients don’t feel welcome when they don’t feel cared for — or through the language that we use — and many will avoid care, and that’s the last thing we really want,” he said.

Babb said there have been times where she avoided seeing a doctor because she was worried about how they would make her feel.

Through the help of a new doctor, medication and other lifestyle changes, Babb has dropped 150 pounds in recent years.

“What works is having a physician who supports you and does everything that they can to understand what it is that you’re experiencing,” she said.

Earlier this year, Mindrum wrote to officials including Premier Tim Houston and Health Minister Michelle Thompson. He outlined his concerns about obesity care in the province and also offered to help create a provincial obesity care strategy.

Tanya Penney, a senior executive director with the Department of Health and Wellness, replied. She wrote that obesity is a chronic disease that requires attention.

As part of Nova Scotia Health’s “focus on wellness, risk factor management, and prevention, its Primary Health Care team has made wellness programming available across the province for all Nova Scotians wishing to access it. Programs focus on many areas of wellness, including physical activity, food nutrition and weight management,” she wrote.

The letter also noted that Nova Scotia Health’s Obesity Network oversees resource planning for obesity services and offers information for services and treatment. It can be reached by phone on Tuesdays and Thursdays by phone at 902-473-4672.

Vegan cheeses are fattier and...

‘I was awful to live with’: Lisa Curry’s private hell