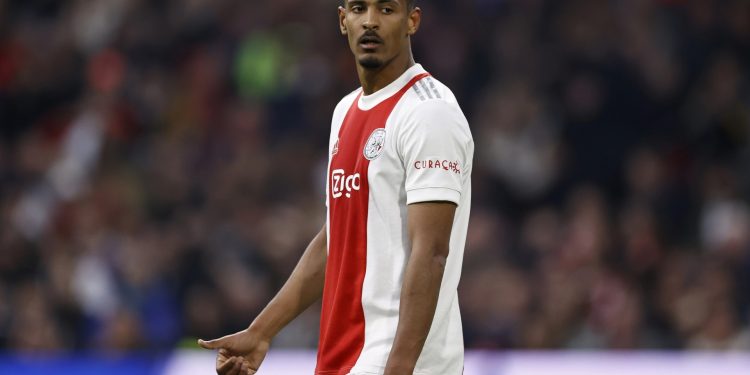 
SEBASTIAN HALLER is being lined up to replace Erling Haaland at Borussia Dortmund, according to reports.

Haller, 27, has been on red hot form for Eredivisie league leaders Ajax this season.

33 goals in 41 games this season for the Dutch giants has put him back into Europe’s elite group of strikers.

But BILD report that the former Hammer will “be the new Haaland” at Signal Iduna Park.

Haller was far from any version of Haaland at West Ham, finding the net just 14 times in 54 matches.

Haller joined the East London outfit for a whopping £45million in the summer of 2019.

But he failed to replicate his price-tag in the Premier League and boss David Moyes opted to cut his losses with the Ivory Coast international.

But a refreshed Haller could be just what Dortmund need to forget about losing 30-goals-a-season Haaland.

Fans at the Bundesliga side have now lost their prolific Norwegian striker after Man City confirmed they had reached a deal with a transfer fee of £51m.

The Premier League champions released a statement confirming the deal on the club’s official site.

It read: “Manchester City can confirm we have reached an agreement in principle with Borussia Dortmund for the transfer of striker Erling Haaland to the Club on 1st July 2022.

“The transfer remains subject to the Club finalising terms with the player.”

Are you ready to start a business? 11 questions you need to ask yourself | Follow your passion

Are you ready to start a business? 11 questions you need to ask yourself | Follow your passion