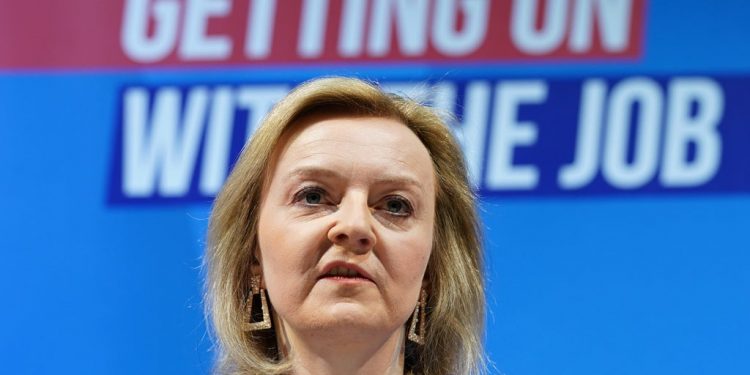 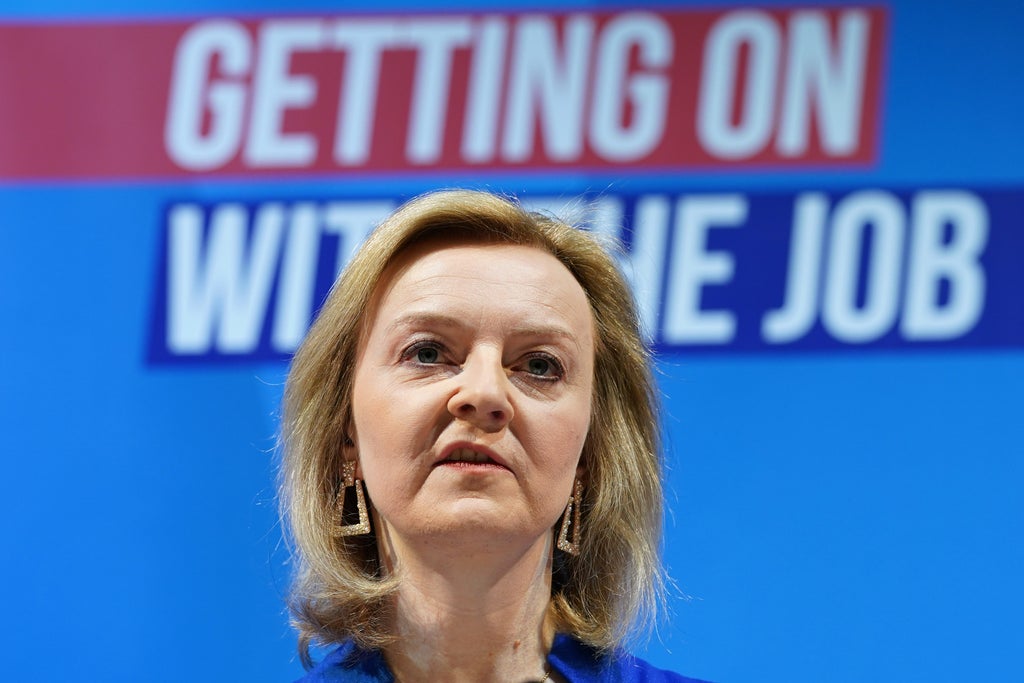 The West must “never again” prioritise imports of cheap goods from authoritarian states over the demands of freedom and security, foreign secretary Liz Truss has said.

In a speech to the Conservative spring conference in Blackpool, Ms Truss linked the UK’s boycott of Russian oil with the exclusion of Chinese telecoms giantHuawei from the phone network as she said that the West needed to end its “dependency on authoritarian regimes”.

And she appeared to make a merit of the failure to make headway in a once-desired trade deal with China by saying that post-Brexit Britain was choosing to strike deals “with our allies, not our opponents” and pointing to the Aukus pact which gives Australia defence forces access to nuclear-powered submarines.

Ms Truss also echoed the suggestion of Jacob Rees-Mogg that the seriousness of the situation in Ukraine should make Britons cease debtes over supposedly “woke” subjects like preferred pronouns and statues commemorating slave traders.

“We have to be proud of our country and our long-standing commitment to freedom and democracy,” said the foreign secretary.

“Now is the time to end the culture of self-doubt, the constant self-questioning and introspection, the ludicrous debates about language, statues and pronouns.

“Our history, warts and all, is what makes us what we are today. We live in a great country, a great democracy and we should be proud of it.

“When we are facing tyrants like Vladimir Putin, the only thing he understands is strength. We need to stand up for our society. We must never let our guard down again.”

Ms Truss appeared to indicate that she hopes the current sanctions on Russia will lead to a long-term move away from sourcing cheap commodities and goods from countries with questionable records on human rights and democracy, such as China.

“We’re ending our dependency on authoritarian regimes,” she said.

“The West focused on cheap goods at the expense of freedom and security – never again.

“We’re banning Russian oil from our market. We’ve written Huawei out of our phone network. And we have new vigilance in our critical supply chains.”

Ms Truss said: “We have seen the most horrific, horrible things in Ukraine. We have seen a war in Europe for the first time in decades. And we’ve seen incredible bravery from the Ukrainians and deeds of valour that will be written about for generations to come.

“Britain has stepped up. Now we must do even more. Putin must lose in Ukraine. With Britain at the forefront, we will ensure he does.”