We’ve been married for 5 years. I pay two-thirds of my wife’s mortgage and spent $12,000 on repairs — but she says her daughter will inherit our home 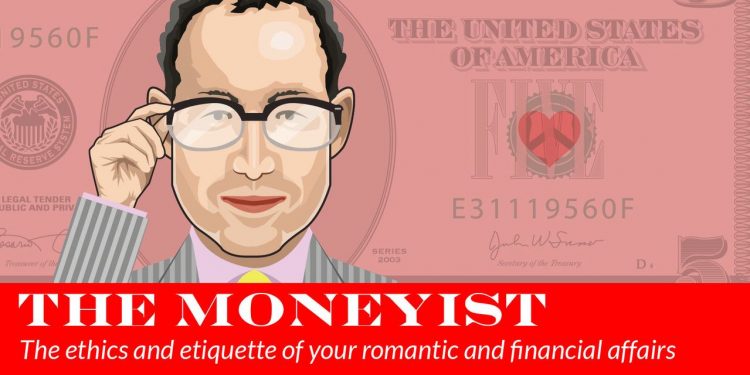 We’re a gay couple who have been together off and on almost 20 years. We have been married for five years. My wife bought our home in November 2015. We moved in together in January 2016. We married in November 2016. She won’t add me to the title or refinance.

I have been paying two-thirds or more of the mortgage for about five years, and have also contributed $12,000 toward improvements. During an argument, she said her daughter will get the house. What can I do at this point to secure my investment in the house?

Out in the Cold

Dear Out in the Cold,

This is a difficult and all-too-common dilemma: A case of “our/her home” and “the/her” mortgage. The law on what is considered marital and separate property varies by state, but many states will consider a property at least partly commingled if one partner has invested a significant amount of money in its upkeep.

“If you owned a home before you got married and you never changed the title to include your spouse and did not put marital money into the house for renovation and upkeep, the house will likely be considered non-marital property,” the American Bar Association says.

However, the use of community funds for the upkeep of a property in Texas does not automatically mean that separate property has become marital or community property, although you could — in the event you divorced — make a claim for that $12,000 in renovations.

“Assuming your wife’s house remains separate rather than marital property, there is a solution.”

It all depends on where you live. In New York, on the other hand, your situation would have a very different outcome. If you contribute meaningfully to your spouse’s home, that could commingle that property, even if your wife’s name is the only one on the deed of the house.

The Colwell Law Group gives the following scenario: “Say, for example, prior to your marriage, you owned a piece of rental property, and then, during your marriage, your spouse helped you renovate the property in a way that improved its value and increased your rental income.”

In this case, it’s not necessarily a slam-dunk 50/50 ownership. “While the real estate itself would still be separate property, the increase in value would be considered marital property and would be taken into account for equitable distribution,” Colwell Law Group says.

Assuming your wife’s house remains separate property, there is another solution: Your wife could give you a “life estate,” allowing you to live in the house for the remainder of your life in the event that she predeceases you, and her daughter to inherit the house as planned after you pass.

Paying two-thirds of your wife’s mortgage gives you a place to live and — ideally — a chance to save if you are paying under the market rate for rent, but you don’t have a stake in the house and it doesn’t secure your own future. Ultimately, the best way to invest in your future is to maintain your own financial independence.

Meu can email The Moneyist with any financial and ethical questions related to coronavirus at qfottrell@marketwatch.com, and follow Quentin Fottrell on Twitter.

• ‘She was homeless and I was alone:’ I was befriended by a woman who moved into my home — she gradually stole $40,000 from me
• ‘He’s always been a shady character’: My uncle asked me to sign a document saying that I’d no rights to my grandfather’s land. I didn’t sign it. What now?
• ‘He walked out on our marriage 2 years ago and disappeared’: How do I serve my missing husband with divorce papers? He owes me thousands of dollars