What actually is the first name of Alfa Romeo F1 driver Zhou Guanyu? 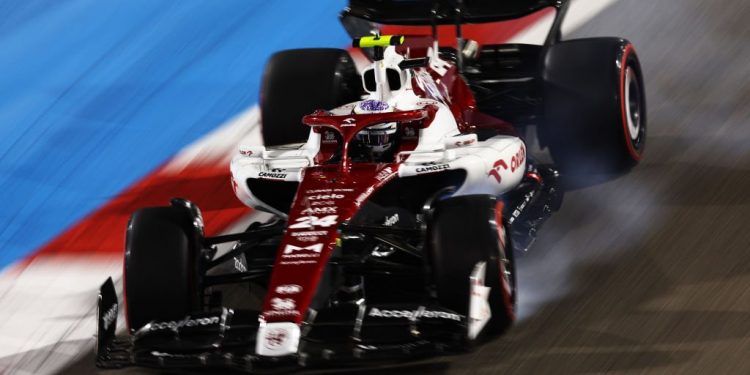 
He scored a point on his grand prix debut, but what is the first name of Alfa Romeo F1 driver Zhou Guanyu? Why have his names seemingly been reversed as he enters the series with Alfa Romeo?

There is one thing guaranteed about Formula 1 in 2022.

It is who will win the Rookie of the Year award.

Alfa Romeo have the only rookie on the grid, driving the #24 powered Ferrari machine.

China first-ever full-time grand prix driver, Zhou Guanyu has made the step up from Formula 2 for 2022, partnering Valtteri Bottas.

In the season-opener in Bahrain, Bottas finished sixth with Guanyu scoring a point on his debut in 10th place.

Throughout his F2 career, Guanyu had been known as ‘Guanyu Zhou’ but this has changed since his step up to F1.

What actually is Zhou Guanyu’s first name – and why has there been a change?

By 2016, he moved up to the EuroF3 series, racing the likes of Lance Stroll, George Russell and Lando Norris.

In 2019 he moved up to FIA F2 and became a title contender in 2021 – finishing third behind Oscar Piastri and Robert Shwartzman.

A deal was struck for him to sign for Alfa in F1, replacing Formula E-bound Antonio Giovinazzi in 2022.

In Chinese tradition, a person’s name is arranged by the family name or surname first then their given name.

In the case of Zhou Guanyu, ‘Zhou’ is the family name, with ‘Guanyu’ his given name.

It is different in Western cultures where the given name comes before the family name.

Guanyu has requested that he be known as ‘Zhou Guanyu’ to keep to the Chinese tradition.

In other news, Meet Jackie, Soulja Boy’s girlfriend and the woman he is having a baby with