What COVID Surge? Agents Carry On As Cases, Vax Mandates Add Up

But for most real estate agents working through the recent surge, it’s been business as usual, with brokerages nationwide scrambling to keep up with buyer demand despite a string of soaring daily COVID cases last week.

“Since we’ve already experienced the process of working through the first lockdown, if we need to do it again we are prepared,” Brad Pauly, a broker and brokerage owner of Pauly Presley Realty in Austin, Texas, told Inman.

Brown Harris Stevens and Corcoran, both headquartered in New York City, are the latest real estate brokerages to install vaccine mandates, following similar announcement over the past several weeks from The Durst Organization, Related Companies, Redfin, Warburg Realty and several others.

In a company-wide email sent earlier this month, luxury brokerage Brown Harris Stevens advised that employees, agents, and visitors planning to visit offices will have until Sept. 15 to get their first round of the vaccine.

“The vaccine requirement at Brown Harris Stevens was put in place to prioritize health and safety above all else,” CEO Bess Freedman told Inman. “I have been very vocal about the need for everyone who is able and eligible to get vaccinated against COVID-19, which is now making a terrifying comeback through the Delta variant. Major corporations in other industries have issued similar vaccine mandates, and residential real estate should be no exception.”

Corcoran, meanwhile, has implemented a similar policy, saying that, beginning Sept. 13, anyone entering the firm’s New York City offices must to be vaccinated. Corcoran franchisees in more than 20 other markets, including Hawaii, California, Nevada and Colorado, are not included in the new vaccine mandate.

“Corcoran remains focused on the health and safety of our team and we believe that this prudent course of action will provide our employees, agents and clients with the safest possible environment,” a spokesperson said.

RE/MAX told Inman the brokerage is leaving vaccine mandates up to individual offices.

Keller Williams, Compass, and Opendoor told Inman they have yet to make a decision on implementing a vaccine mandate. Douglas Elliman, Century 21, Realogy and Sotheby’s did not immediately respond to Inman’s request for comment.

Florida-based David Serle, who owns a brokerage under the RE/MAX franchise, told Inman he doesn’t plan on implementing a vaccine mandate in the wake of soaring coronavirus cases and an uptick in COVID-related deaths.

“I highly encourage all agents to be vaccinated,” Serle said while adding that mandating the shot is a slippery slope. “They should be because they have an obligation to the public.”

“There are no studies to show the long-term side effects [and] risks of the various vaccines,” DiSchiavi told Inman in an email. “The [Johnson & Johnson] one was already temporarily recalled. How many times do we see a new ‘wonder drug’ released prematurely and then recalled? How many commercials do we see, ‘If you or someone you love has taken ____ and died or been injured?’  And these drugs were FDA approved.”

With an increasing number of real estate brokerages revisiting mask mandates and cracking down on vaccine requirements, some question if the industry will be disrupted like it was during the early months of the pandemic.

But when Inman asked real estate agents if they feel the rise in cases is going to shake the industry like it did during last year’s peak, most said no. 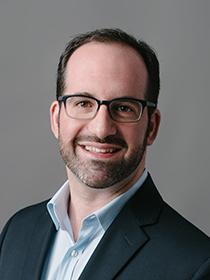 Matiah Fischer, a Las Vegas Realtor and the entrepreneur behind RetireBetterNow.com, an online real estate platform, said virtual technology has allowed he and many other agents to effectively do their job without face-to-face interactions. If cases continue to rise, he told Inman he’ll fall back on the virtual practices they adopted last year.

“The spread of the Delta variant has made being a real estate agent more difficult for those who haven’t adopted digital skills such as virtual home tours or Zoom consults,” Fischer told Inman. “Some buyers and sellers are once again wary of in-person contact. In Las Vegas, where we get a lot of out-of-state buyers, rising cases means we’ll need to connect virtually with clients more often. Having a strong online presence and staying in touch with clients are key to navigating any potential slowdowns in business due to the Delta variant.”

For Matt Strickland, using virtual technology to do business is now something he prefers.

“To be honest, yes, I’m quite nervous to meet with the client personally, but I am a Realtor. It is my job,” he told Inman. “All I have to do is to follow the health protocols. For the safety of both parties, I prefer having virtual house tours as a new means of showing properties.” 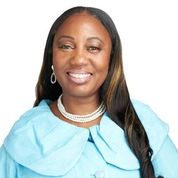 But not every agent is preparing to revert back to last year’s ways. In Los Angeles, eXp Realty agent Chantay Bridges told Inman she hasn’t seen major business shifts as a result of the growing number of cases. She’s not too worried either, just careful.

“For the most part, many of my clients feel they have to do what they have to do,” she said. “Most have been vaccinated and are hoping that they are protected as they go on with their daily lives and routines. As far as myself, just like with any other thing, I exercise caution, wisdom, and due diligence.  Doing what I can to maintain my immune system, following protocols, taking extra measures to be as safe as possible. No, I’m not afraid, just careful.”

Christopher Totaro, a New York-based agent, told Inman last month that 2021 has been one of his busiest years yet. 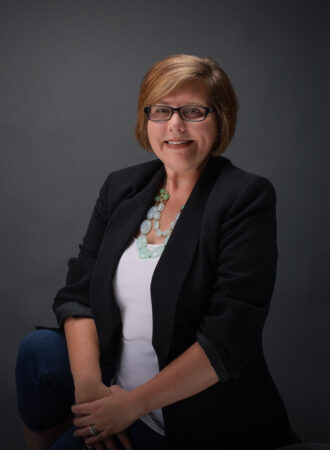 “I have to say I had my best year in the industry last year,” she told Inman. “Clients were cautious to go out, which made looking almost more specific. They honed into details before they opted to go look at something. You had one or two houses to show rather than a list of random “pretty” houses to look at. I’m able to work from home quite often so I don’t have to go in. This was a tremendous help during the last outbreak, as it will be during the next one.”

Nicole Beauchamp, a New York-based agent with Engel & Volkers, told Inman that while some buyers paused during the peak of the pandemic last year, others were even more motivated to buy. If a similar outbreak hits the market again, she expects similar buyer behavior.

“I think people may pause, but I have also seen it cause folks to commit to decisions they had been facilitating,” she explained. “During the peak of the frenzy in the rest of the market in the U.S., I recall conversations with friends and colleagues in other markets about the frenzied pace — here in NYC there are segments of the market that are pacing in ways I have not experienced ever in almost 20 years.”

“At some point,” she added, “the pace has to normalize as growth is not indefinite.”