What did Jimmy Kimmel say about Nelk Boys on his show? 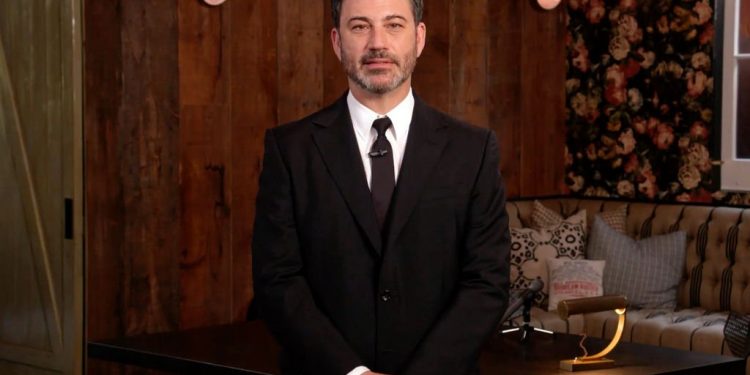 
Jimmy Kimmel and Nelk Boys seem to be involved in an ongoing drama after the show’s host decided to comment on the YouTuber’s podcast with Donald Trump.

The Nelk Boys became the center of attention and made headlines after they sat down with former President Trump to hear his thoughts on the ongoing tension between Ukraine-Russia.

Among many who did not appreciate the interview, Jimmy decided to break his silence and address the interview in his latest episode.

What did Jimmy Fallon say?

In his episode, Jimmy decided to comment on the Nelk Boys’ interview and said: “He was on a podcast hosted by, this is really something, with a small group of YouTubers known as the Nelk Boys.”

He continued: “They show up in sweatshirts and shorts logo all over their shirts. Trump sits down for an hour with them, during a war, to answer the dopiest questions. One of the greatest things about Trump is it doesn’t matter who is interviewing him. It could be George Stephanopoulos or three doofuses.”

Has the Nelk Boys responded to this?

After the video surfaced online, Kyle Forgeard decided to come forward and comment on the same.

Sharing Jimmy’s video on his page, Kyle wrote: “This “small group of YouTubers” has way more viewers than you buddy. Kimmel used to be way funnier but now is just washed up and irrelevant. The only reason you even get any views is cause Disney owns your show so youtube forces it onto everyone’s home pages. Late night is where comedians go to die. Pack it in and let the big dogs takeover pal.’

Meanwhile, he posted a story that noted: “This guy s**ks.” As of now, Jimmy has not responded to these comments.

Trump sat down with the Nelk Boys for their Full Send Podcast which is available on Spotify and YouTube.

While the podcast is still available on Spotify it was taken down from YouTube for violating the platform’s community guidelines on misinformation.

YouTube noted: “We removed this video for violating our election integrity policy, which prohibits content containing false claims that widespread fraud changed the outcome of the 2020 U.S. presidential election,” said a YouTube spokesperson in a statement provided to Mashable. “We allow content with sufficient educational, documentary, scientific or artistic context, which the video we removed did not provide.”