What does IHU stand for as new covid variant emerges? 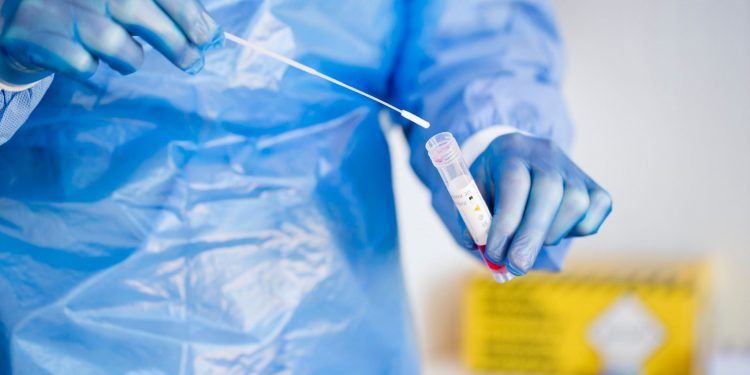 
As covid-19 continues to disrupt the world, a new variant has been discovered. Yes, another one.

No, we’re not talking about omicron. It’s called ‘IHU’ and it has sparked panic on social media as people fear things could be about to get a whole lot worse.

But what does IHU stand for? Here’s where the mutation got its name.

What does IHU stand for as new covid variant emerges?

New variant IHU is named after the research facility that first reported it.

It was discovered in France by scientists at the Méditerranée Infection University Hospital Institute (IHU), which is in Marseilles.

The hospital reported the new variant to the health pre-print server medRxiv on December 29th.

However, they discovered the mutation in Southern France weeks earlier and tweeted about it on December 6th, writing:

“A new covid-19 variant has been detected at the IHU Méditerranée Infection from patients of Forcalquier. It was named the IHU variant and deposited on GISAID (a global science initiative and primary source) under the name B.1.640.2.”

Forbes has reported the name of the variant is temporary and, if it becomes of global concern, it is likely to be given an official name.

It should stand for ‘I hate you’

Over on Twitter, people have come up with a much more exciting use for the variant’s acronym.

Rather than being named after the hospital that found it, internet users think IHU should stand for “I hate you”.

IHU is a way to write “I hate you” in slang. As we all hate the new variant, it’s actually a very apt name.

One person wrote: “So everyone read #IHUvariant as the I hate you variant right?”

“#IHUvariant The ‘I HATE YOU’ variant is aptly named,” wrote another.

A third person tweeted: “I hate you variant. So true, so fitting.”

What we know about the mutation

According to the meRxiv pre-print, the new variant is likely to have come from Cameroon.

It was found in 12 positive patients living in the same region in Southern France, one of whom had returned from the African country.

MedRxiv (pronounced “med-archive”) is a free online archive and distribution server for complete but unpublished manuscripts (pre-prints) in the medical, clinical and related health sciences.

However, at the time of writing this article the World Health Organisation has yet to declare the IHU variant as being of concern.

Will this ever end?

In other news, Meet ‘OliveIron 23’ as TikToker cruises above clouds on self-made plane