What is Anne Hegerty’s IQ and how is The Chaser related to royalty? 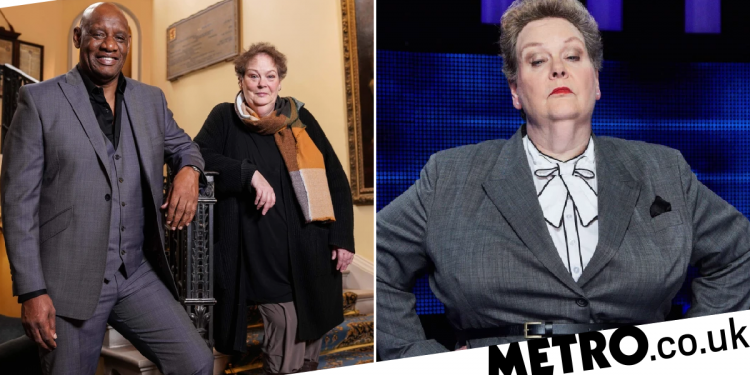 
The Chase’s Anne Hegerty is set to explore her family history in the return of DNA Journey on ITV tonight.

The famous quizzer, who also goes by the nickname The Governess, appears alongside co-star Shaun Wallace in the first episode of the brand new series.

In the episode, the pair unearth secrets from their past in a life-changing and emotional voyage of discovery – and Anne is surprised to learn that she has a connection to royalty.

Here’s everything you need to know about Anne’s IQ and how she’s related to the crown.

What is Anne Hegerty’s IQ?

In a January 2021 episode of The Chasers’ Road Trip: Trains, Brains and Automobiles, Anne Hegerty’s knowledge was put to an IQ test.

For context, Mensa, a famous organisation for those with the highest IQs in the world, require anything from an IQ score of to join 132 to 148 to join, depending on which (supervised, official) test you take.

Anne’s The Chase co-star The Beast Mark Labbett also has a very high IQ at 151.

Shaun Wallace, also known as The Dark Destroyer, scored 96, which is considered an average IQ score.

How is Anne Hegerty related to royalty?

Anne Hegerty learned in DNA Journey that she has two royal connections.

Firstly, the quizzer was informed that she’s a 19th cousin of Queen Elizabeth II.

She also found out that King Robert the Bruce, who was King of Scots from 1306 until his death in 1329, is her 20-times great grandfather.

Upon discovering her relation to the monarch, Anne revealed that her grandmother might have previously hinted at their familial link, but she was ‘the most tremendous liar’.

‘I’m not a closet royal,’ she laughed. ‘I’ve got extremely distant royal ancestry.’