What Is Marvel’s Dark New Series All About? 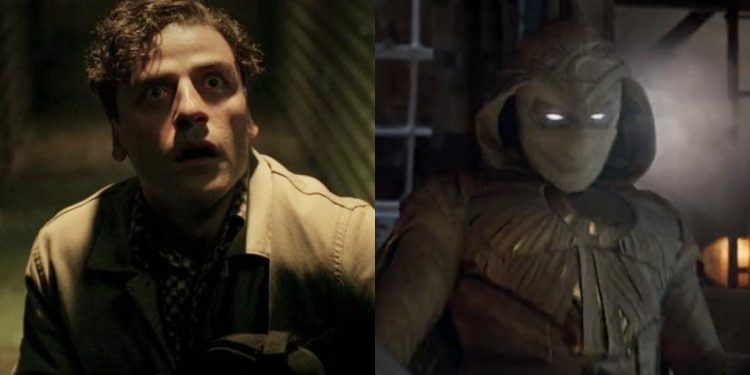 Marvel had a stacked slate of releases in 2021 and it isn’t slowing down this year. One of the many Marvel TV shows making its way to Disney+ this year is Moon Knight, which will introduce us to a new and mysterious vigilante.

Here’s what we know about Moon Knight so far.

Who is Moon Knight?

So, who exactly is Moon Knight?

Moon Knight is a vigilante crime-fighter with a supernatural twist. Under the hood is a man named Marc Spector who was once left for dead in the desert while working as a mercenary and was revived by an Ancient Egyptian moon god.

In terms of powers, the character bears a lot of similarities with Batman. He employs expert martial arts skills combined with high tech gadgets to take on foes, but in some storylines, he has exhibited superhuman strength and endurance during different phases of the moon.

Spector also represents a big step forward for representation in the MCU as the character in the comics is both Jewish and suffers from dissociative identity disorder.

Moon Knight has a long history in Marvel comics, first appearing in Werewolf By Night (another title soon to be adapted on Disney+) and eventually crossing paths with the likes of Spider-Man, the Avengers and other Marvel superheroes.

What do we know about Moon Knight on Disney+?

The Disney+ series featuring Moon Knight was announced three years ago at San Diego Comic-Con. At the time we didn’t know much about the new show and, to be honest, we still don’t.

All that Marvel has revealed is that Moon Knight will be a “new globetrotting action-adventure series featuring a complex vigilante who suffers from dissociative identity disorder. The multiple identities who live inside him find themselves thrust into a deadly war of the gods against the backdrop of modern and ancient Egypt.”

Leading the cast of Moon Knight as Marc Spector is oscar isaac, stepping into his first Marvel role since X-Men: Apocalypse (which we do not speak of).

The other cast members we know of are May Calamawy and Ethan Hawke, whose roles haven’t been announced. Many have assumed that Hawke will be playing the villain of the series.

Jeremy Slater (The Umbrella Academy) is the head writer on Moon Knight which is directed by Mohamed Diab along with Justin Benson and Aaron Moorhead.

Is there a trailer?

There’s no trailer for Moon Knight yet, but we won’t have to wait long.

Hulu has teased that an official trailer will debut during NFL Super Wild Card matchup in the U.S. on Monday, January 17 which, ironically, is also when the moon is full.

This means Aussies will be able to catch the Moon Knight trailer early on Tuesday. We’ll have it posted for you here as soon as it debuts.

Tune in MONDAY for the world trailer premiere of the all-new @disneyplus original series, @marvelstudios’ #MoonKnight ???? during the NFL Super Wild Card matchup on @espn/@abcnetwork. pic.twitter.com/p248BIAcM7

A first look at the show is also available in Marvel Studios’ 2021 Disney+ Day Special which is streaming on Disney+ now.

From all the clips shown so far, it looks like Moon Knight will be a darker and more violent story than Marvel has done before.

When and where can you watch Moon Knight?

Like all Marvel Studios’ series, the show will stream exclusively on Disney+ in Australia.

No release date has been set for the show just but it is confirmed to be debuting in 2022.

The series will have six episodes, which we can assume will follow the weekly schedule of other Marvel series.

Some are speculating that Moon Knight will premiere prior to Ms Marvel, which is currently set for a winter 2022 release, which means we could be seeing Oscar Isaac’s superhero series sooner than we think.

We’ll keep you posted on any relevant news as we learn more about the series.

Fosfomycin not noninferior to comparators for bacteremic UTI