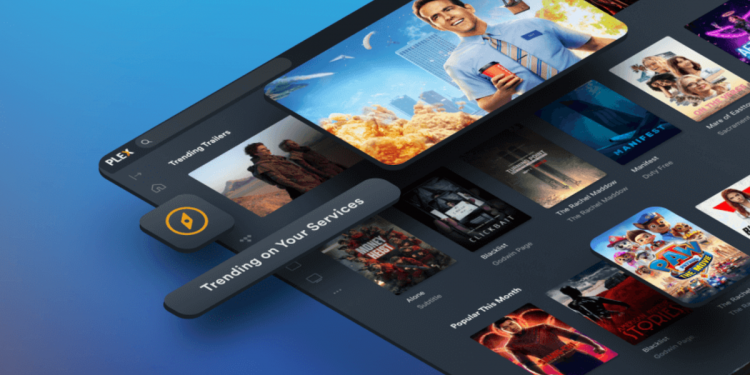 
I’m going to spoil the answer by giving it all away in the opening paragraph. Plex is essentially a library for all things streaming and yes, you can use it in Australia.

Historically there has only been two real ways to find something: one is open a specific app, such as Netflix, and doom scroll. The second, scroll through the same apps on a TV. Plex introduces a third way.

Plex organises video, audio and photos from your collections and from online services, and serves it up to you.

Plex was originally launched as a live TV alternative, offering a feature called Live TV. Live TV gives you access to a number of channels (I’m currently getting distracted by a James Dean documentary on a channel called Cinepride). Testing the channels via the LG TV Plex app, season seven of Jerry Springer has a marathon. So. The app also offers recommendations for podcasts and web shows that you might not be subscribed to.

How much does Plex cost in Australia?

Free! Unless you want to use its premium tier, Plex Pass.

Plex Pass will give you more personalisation out of your account. Plex Pass features include downloads, advanced user controls, HDR tone mapping, Plex Dash, Plexamp, trailers and extras. It will set you back $6.49 monthly, $49.99 annually or $159.99 for a lifetime membership. Read more about Plexamp here and Plex Dash here. This is more for those looking to set up your own personal media server to house your own stuff (we dig into that a little later). I’ve been using the free tier of Plex for a few days and I’m yet to see a need for me to upgrade.

Many of you checked out our article last week letting you know that Plex had just released Plex Discover. Discover is essentially a new landing page that includes a universal search tool to help you wrangle the overt number of streaming services available to watch. There’s also a new watchlist and trending feeds that allow you to bookmark things to watch at a later time. This is truly showcasing the need for another app, and Plex has won me.

What services are on Plex in Australia?

To use Plex, head to the Plex website. Once signed up, you can then select which streaming services you use.

How to use Plex?

If you are streaming only third-party content (movies and shows, etc), then you are good to go as soon as you have an account, just install an app on your phone, Smart TV or computer or simply use your web browser.

If you’re looking to set up your own personal media server to house your own stuff, it’s a little bit more complex.