What is Rex Manning Day 2022 and how do I celebrate it? 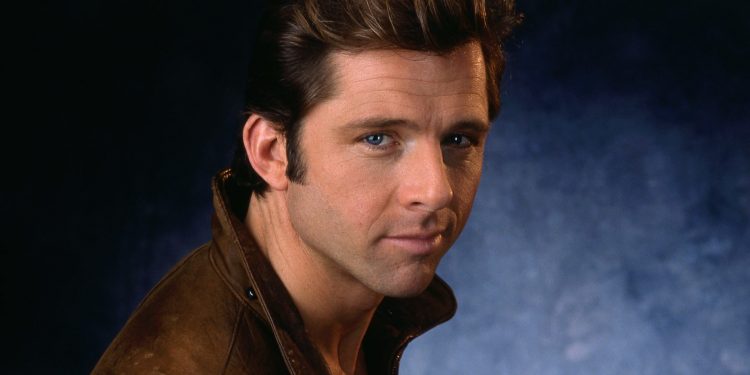 
8 April 2022 marks Rex Manning Day 2022, but what’s so special about it and who is Rex Manning? Unless you’ve watched Empire Records, you’ll have no idea.

If you’re confused about why social media is flooded with images of a young Maxwell Caulfield captioned with the words “We mustn’t dwell. No, not today. We can’t. Not on Rex Manning day” today, don’t worry, you’re not alone.

Rex Manning Day occurs annually on 8 April to mark the date on which Maxwell Caulfield’s character, Rex Manning, visits the record store, Empire Records, in the film of the same name.

Rex is a washed-up 1980s pop star in the 1995 cult-classic film, who holds an autograph session at the store to promote his latest album Back With More.

The film even made a music video and song for the fictional Rex, titled Say No More, Mon Amour.

Ethan Embry, who portrayed Mark, revealed in 2018 that 8 April was selected as Rex Manning Day since it coincides with the date Nirvana front-man, Kurt Cobain, was found dead in his Seattle home. Even though Cobain died on April 5, it was three days later when he was found.

The guitarist passed away a year before the movie was released, which Ethan called “the day the music of the 90’s lost its mascot”.

Mark was also the character in this now-iconic scene, where he passionately runs to the camera and says “We mustn’t dwell. No, not today. We can’t. Not on Rex Manning Day!”

How to celebrate Rex Manning Day

You can celebrate the day by watching Empire Record. Starring the likes of Liv Tyler, Anthony LaPaglia , and Renée Zellweger before they shot to stardom, the film follows Lucas’ plan to keep Empire Records an independent store.

The film had poor box office figures, raking in only $250,000 during its first two weeks, but more than 20 years later, it has reached the status of The Breakfast Club, thanks to the current obsession with the 90s and early 2000s.

Empire Records can be watched on Amazon Prime via Showtime, Hulu, YouTube ($3.99) and Apple TV.

In other news, Attack on Titan: How to read the manga as series dominates US sales charts

Nobody Could Guess The Breed Of These Abandoned Tiny ‘Hairless’ Puppies

Nobody Could Guess The Breed Of These Abandoned Tiny 'Hairless' Puppies