What it takes to verify the hottest temperatures on Earth

Verifying that number, however, is a complex process that can come with a lot of controversy. In the past, it’s involved shipping instruments across the globe, assembling teams of experts, and, in one case, fleeing gunfire during an ongoing revolution. It also involves intense scrutiny from weather experts around the world — all with their own interpretations of which temperatures should actually stand the test of time.

“People love to argue about weather records. It’s part of the nature of the beast, I guess,” Randall Cerveny, weather and climate extremes rapporteur for the World Meteorological Association (WMO), says with a chuckle. After months of scrutiny, Cerveny will ultimately make the call on whether to accept the recent Death Valley reading into the WMO’s global Archive of Weather and Climate Extremes.

Cerveny started the WMO’s archive of world records in 2007 after realizing that there wasn’t a definitive global database for extreme weather. That made it difficult to place devastating events like Hurricane Katrina in 2005 in historical context. Seeing a single event within a bigger picture helps people determine whether such disasters are the “worst” on record. It also helps scientists quantify how climates are shifting across our warming planet.

To vet the Death Valley temperature, the WMO will first need to bring together an international team of top scientists. They’re given a background report to examine that includes details on the location where the temperature was recorded, the type of equipment used, regional weather conditions during the time of the observation, and any other pertinent information. There are strict standards for how temperatures should be taken. For example, the sensor needs to be shaded and lifted above the ground to avoid getting an observation that’s misleadingly hot.

Over the years, the process for vetting weather extremes has become more rigorous. A new step was added last year: transporting the equipment that took the observation to a lab to test it. The first time this was done by the WMO was in 2019 to verify the current third and fourth highest temperatures recorded on Earth. Sensors were shipped to a lab in Italy from Mitribah, Kuwait, which recorded a temperature of 53.9 degrees Celsius (129.02 degrees Fahrenheit) in July 2016; and from Turbat, Pakistan, which recorded a 53.7 degrees Celsius (128.66 degrees Fahrenheit) temperature in May 2017.

Cerveny expects to do the same to verify the contender from Death Valley, which was recorded by the National Weather Service at its Furnace Creek station. After a lot of deliberation and analyses (see sidebar), the committee will submit its recommendation to Cerveny on whether the Death Valley temperature reading is legitimate. Cerveny then makes a final call. (So far, he hasn’t disagreed with a committee’s findings.) The whole process is expected to take six to nine months at minimum, but bear in mind that it took two to three years to verify the temperatures in Kuwait and Pakistan.

It can take just as long, or longer, to take a record off the books. El Azizia, Libya, once held the title of the hottest temperature ever measured, 58 degrees Celsius (136.4 degrees Fahrenheit), recorded in 1922. Then in 2010, a WMO committee launched an investigation into the record that ended up coinciding with the 2011 Libyan revolution. “One of our members who was part of the Libyan government at that time literally had to exit Tripoli with his family with guns firing over his head,” Cerveny says. “To be a meteorologist can be apparently a life threatening situation under certain circumstances.” The WMO ultimately concluded in 2012 that a “new and inexperienced observer” misread an instrument in 1922. The actual temperature was likely about 7 degrees Celsius lower than what was in the books.

Now the reigning world champion when it comes to heat extremes is a 134 degrees Fahrenheit (56.7 degrees Celsius) observation taken in Death Valley in 1913. That record is also hotly contested. A 2016 analysis published on the blog Weather Underground picked apart the observation, making the claim that it wasn’t consistent with local weather at the time and didn’t match up with readings from nearby weather stations. On top of that, the man who made the observation in 1913, Oscar Denton, was new to the job. The authors of the 2016 analysis, climatologist William Reid and weather historian Christopher Burt, found inconsistencies throughout Denton’s records and surmised that, at times, he might have been “filling in the blanks” for days when he didn’t actually check the instruments. The reliability of a weather observer is often considered when records are evaluated.

Because of human error and instrument error, “There’s no such thing as a long term temperature record that’s perfect,” Reid told The Verge on a call he took poolside in Death Valley. Reid raced to Death Valley, a more than four-hour trek from his home near Los Angeles, to take his own readings after the potentially record-breaking news came out.

Reid’s investigation into the 1913 record hasn’t been formally reviewed by other scientists, and Cerveny says he hasn’t yet seen enough evidence for the WMO to take a look into it.

The National Weather Service is still working to verify its recent preliminary reading of 130 degrees Fahrenheit at Death Valley, which could take until September, according to a spokesperson from the National Oceanic and Atmospheric Administration. NOAA’s Climate Extremes Committee, which vets temperature records for the US, could choose to scrutinize the August 16th reading, too. But it would first need to investigate and invalidate the current 1913 record.

“If [1913 temperature observations] get evaluated and if for some reason they’re decided to not be the record … then there’s a possibility that they could look at the 130 [degree reading] as being the record. There’s a lot of ifs in there, and all of that would take time,” says Karin Gleason, a climate scientist with NOAA’s National Centers for Environmental Information. But since the dispute began in 2016, NOAA has stood by the 1913 record.

“There’s no such thing as a long term temperature record that’s perfect.”

“It’s just a little sad that a temperature which appears to be unreliable is still standing,” says Reid. “It’s kind of a hot potato too because the climate profession is sort of political now so some people don’t want to touch it,” he believes.

Ultimately, these records are about more than just numbers or titles. City planners and engineers need to know how tolerant homes and buildings need to be to extreme weather. Public health officials also need to know when temperatures rise above the human tolerance for heat, which is expected to happen more frequently as a result of climate change.

Records are breaking faster than ever. The nine hottest recorded years on Earth have all taken place since 2005. So WMO and NOAA weather experts have a lot of “extremes” to consider. When Cerveny started his role in 2007, he only expected his committee to convene once every few years or so to vet a record. Instead, they’ve evaluated more than 15 potential new records over 13 years on everything from the highest temperatures to the longest lightning bolt. (It was long enough to stretch the distance from Boston to Washington, DC.)

Cerveny gets emails daily from weather enthusiasts wanting to learn more about the WMO’s world weather records. “I get emails from kids that are intrigued with the extremes and they use that as kind of a jumping board to go on into studying meteorology,” Cerveny says. “So I’m actually really pleased to have future meteorologists that have been born from this particular project.”

The Golden State Killer: How it took four decades to catch the serial predator who terrorised California 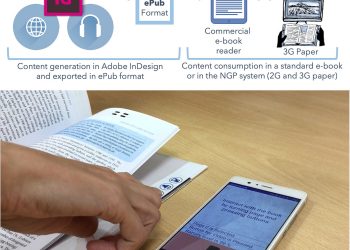 Augmented reality could be the future of paper books, according to new research

The Golden State Killer: How it took four decades to catch the serial predator who terrorised California