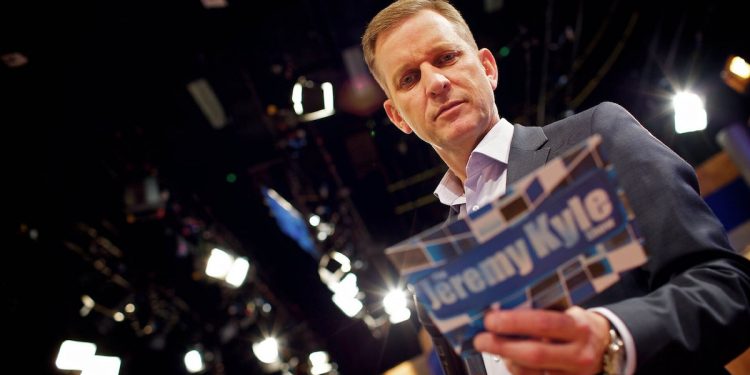 
If you didn’t already know it, Jeremy Kyle is a horrible man. If you weren’t sure, there’s a two part documentary on All4 called Jeremy Kyle Show: Death on Daytime that details this and makes it abundantly clear that the show he fronted for 14 years took a negative toll on many of the thousands of guests it ushered onto the stage only to bully, badger and beat them down. These were people that were almost always vulnerable and at the bottom end of the economic spectrum, and almost always had serious problems, often related to family, relationships, finance and drug and alcohol abuse. The show was canceled after one of his guests, Steve Dymond, took his own life days after filming an episode of the show.

The documentary gives an insight into the culture of bullying on the show which took place behind the camera too, with crew members (represented by actors to preserve anonymity) reporting the toxic environment and how unethically they were taught to behave with guests. It’s a fascinating car crash watch, that at times veers a touch close to feeling like a Kyle ep in itself. If there’s a positive take away from the doc it could be as a reminder of the culture of cruelty that was incredibly prevalent on TV in the 1990s and 2000s that allowed Kyle’s show to exist in the first place, and ideally to help us never go back there.

As the doc points out, talk shows in this mold were mega in America, from Jerry Springer and Ricki Lake to The Jenny Jones Showwhich itself was under the spotlight after one of the guests on her show murdered another guest, and former friend, as a result of the events of the show. There’s an episode of Netflix doc Trial By Murder dedicated to this very story, which does a similar job of delving into these programmes and how they lie to, and rile up their guests to elicit the highest drama.

So Kyle wasn’t an outlier in the “laugh at the vulnerable” stakes, but my god did he cash in on it. Kyle was the self appointed king of punching down, but pop culture as a whole at the time seemed to be ok with that. As alluded to in the doc, this was a time when Harry Enfield’s Wayne and Waynette Slob and Little Britain’s Vicky Pollard were characters openly mocking people on benefits. Meanness was rife elsewhere too. Beginning in 2000 and running until 2012, (so very much in Kyle’s timeline) popular quiz show The Weakest Link made an absolute fetish out of getting its host Anne Robinson to insult the contestants in the nastiest possible ways – appearance, personality, occupation and of course, intelligence were fair game.

Briana DeJesus: Once and for All… I DID NOT SLEEP WITH CHRIS LOPEZ!

Briana DeJesus: Once and for All... I DID NOT SLEEP WITH CHRIS LOPEZ!