What new cameras and lenses will launch at the CP+ 2022 show? 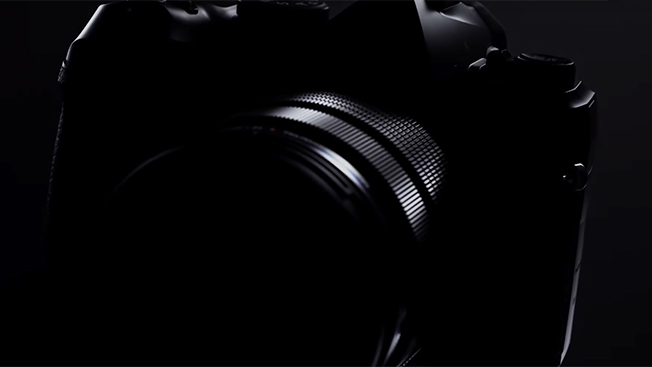 
Following the demise of Photokina, which was suspended in 2020, Japan’s CP+ 2022 show has emerged as an even bigger date in the calendar of photography fans. So what treats can we expect to see announced at the big camera show, which kicks off on February 22?

With the CP+ 2022 online event just over two weeks away (the in-person show kicks off on February 24), the rumors are starting to hot up, led by strong speculation that OM System will be announcing its first post-Olympus camera at the event.

So far, that’s the biggest rumor about a camera launch at the show, but it seems there are some lenses en route from the likes of Tamron, Laowa, Voigtlander and Sigma, too.

We’ve rounded up all of the latest CP+ 2022 rumors so far to give you a peak into the photographic treats we’re expecting to see released into the world, and will update this page with all of the latest speculation as the show gets nearer.

The rumors so far suggest it’ll be a relatively quiet CP+ show this year, with Fujifilm likely to save its big news for its the X Summit it has scheduled for May, and the likes of Canon, Sony and Nikon tending to reserve big announcements for their own events.

But OM System is likely to make a big splash with the long-awaited full announcement of its first camera since it dropped the Olympus name in October 2021. And there are also likely to be some promising lenses either announced or shown off in public for the first time at the show. Here are the biggest rumors so far.

The rumor mill is now pretty confident that the first OM System camera, which will emerge from the ashes of what was once Olympus, is going to be fully announced at CP+ 2022 on February 24.

We already know the basics of the mystery camera: the company has said it’s “developing a new interchangeable lens camera” for the Micro Four Thirds system that will improve image quality “through the use of computational photographic technology.”

This tallies with the OM System site, which confirms that the camera’s main principles will be a compact, rugged design with good-quality optics – with hints of more news to come about its processing powers and stabilization.

The concept made our list of the most exciting cameras of 2022, but it looks like we won’t have to wait long to find out if it lives up to that billing. The latest rumors suggest it’ll have a price tag of over $2,000 and will ship in March.

Tamron has made some cracking lenses for Sony E-mount cameras recently, most notably the 35-150mm f/2-f/2.8. And it’s likely to continue its form at CP+ 2022, with its exhibitor page for the event promising the “the online introduction of lenses by popular photographers and new product development by our development team”.

Which lenses will they be? It’s hard to say for sure, but patents from last year include designs for an FE 20-50mm f/2.0 lens and a 24-70mm f/4.0, which could make for a lightweight, walkaround travel lens. Another possibility is a 90mm f/2.8 macro lens, which was first patented back in 2020, with that patent receiving an update late last year.

Of course, not all patents lead to real products, and Tamron could come out of leftfield with something completely unexpected like Canon’s bizarre dual fish-eye lens. But it seems more likely that it’ll continue its good recent track record in zoom lenses for Sony E-Mount, alongside providing more affordable alternatives to Sony lenses with that rumored macro lens.

Another manufacturer that’s promising to reveal new lenses at the CP+ 2022 show is Cosina. The Japanese brand has been releasing glass under the classic Voigtländer name since the late 90s, with its most recent focus being Sony’s E-mount and some stunning ‘Vintage Line’ options for Leica M-Mount.

The most recent example of the latter was the all-metal Color-Skopar 21mm f/3.5 Aspherical Type II (above). But manual prime lenses for Leica M-Mount cameras don’t exactly have oodles of mainstream appeal.

Cosina did also register patents for three APO-Lanthar prime lenses last year, which are compatible with Sony E-mount cameras as well as the M-Mount. These included designs for 25mm f/2, 75mm f/1.8, 135mm f/2, and 135mm f/1.2 lenses. So if you’re after a well-built, reasonably-priced throwback lens for your Sony, Leica or Nikon F-mount camera, it could be worth tuning into CP+ 2022 to see what Cosina has in store.

Here’s the kind of camera accessory we love to stumble across at big shows like CP+ 2022. The Digi Swap is effectively a ‘digital back’ for your old 35mm film camera that lets you attach an iPhone to it, so you can shoot digital snaps that retain some of its analogue character.

While the resulting contraption isn’t exactly an ergonomic delight, it does look like an intriguing way to breathe new life into your old film camera, if you’ve lost the enthusiasm for loading it with real film.

The Digi Swap will apparently work with phones released from the iPhone X to the iPhone 13 Pro inclusive and the company says it’s working on adapters for medium format cameras, alongside the current one for 35mm film models. Expect to hear more about it when CP+ kicks off from February 22.

On its CP+ 2022 page, their manufacturer Venus Optics says that visitors will be able to “try out new products” on its stand. Does this mean it’ll be launching new products at the show? That isn’t yet clear, but the description suggests it’s a possibility.

If so, the most likely candidate would be the 12-24mm f/5.6 lens that’s been strongly rumored for full-frame mirrorless mounts including Canon RF, Nikon Z, Sony E and Leica M cameras. It was expected to arrive last year, but like most manufacturers Venus Optics was hit by delays. Fans of wide-angle zooms will be hoping it finally arrives at the CP+ show.

What about Sony, Nikon, Canon and Panasonic?

The most-anticipated launch of early 2022 is the Panasonic GH6, which was originally due to land last year, but was delayed by you-know-what. At CES 2022, Panasonic said the camera “will be released before Spring arrives” (in other words, by mid-March), which means there’s a good chance we’ll be hearing more about it at the CP+ 2022 show. Though it’s possible that Panasonic could host its own event in the meantime, or after the show.

If the Panasonic GH6 did make its bow at CP+ 2022, that would make it a huge event for Micro Four Thirds cameras, considering the OM System is also expected to land there. The system has been somewhat overshadowed by the full-frame arms race between Canon, Sony and Nikon, so we’re looking forward to seeing its resurgence this year.

As for those other camera giants, it seems less likely that we’ll see any major announcements from them during the show. None of their exhibitor descriptions hint at any big launches, although Canon is talking up its VR experiences and technology – so perhaps we’ll see more concrete info about the Kokomo video calling platform it announced at CES 2022.