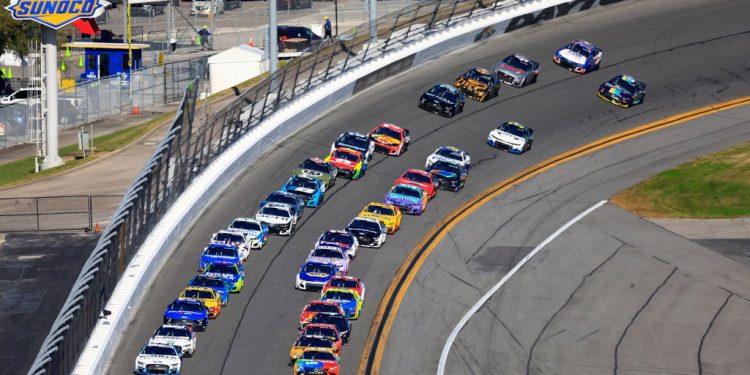 
What are stages in NASCAR? How do they work in Cup Series races, and why did NASCAR opt to bring them in in the first place?

The formula for NASCAR has been pretty simple in terms of race format.

Wave them off with a green flag, and about three hours later, see them in with a chequered one.

Along the way, some yellow or red flags may follow, but essentially the race was one long event with no scheduled stoppages, aside from pit-stops.

NASCAR now races in stages during Cup, XFinity and Trucks Series races – but what actually are stages in NASCAR?

When where they brought in?

First adopted in 2017, stages in NASCAR effectively break the race up into three mini-races.

Each Cup race – with the exception of the Coca-Cola 600 at Charlotte (with four) has three stages.

The first two are about a quarter distance in length each, with the final stage making up over half the race.

The top 10 finishers in each stage receive points on a 10-1 scale in the NASCAR points standings.

A stage winner also receives one playoff point to their tally.

Each stage length is determined well before the race, and each is ended with a green/white checkered.

Only the final stage is ended with the traditional chequered flag, as that is the end of the race.

Stage points are only handed out for the first and second stages.

Why bring them in?

Essentially, the stage racing format in NASCAR is designed to help keep the pack together and not let one driver dominate.

If a driver is pegged back every 65 laps or so – as is the case at the Daytona 500 – it will ensure they can’t get to far away.

After all, keeping the pack together leads to more contact and more drama…

In other news, YouTuber Eugenia Cooney has been banned temporarily from Twitch

Online fraud: victim blaming and the emotional price of falling for a scam | Scams