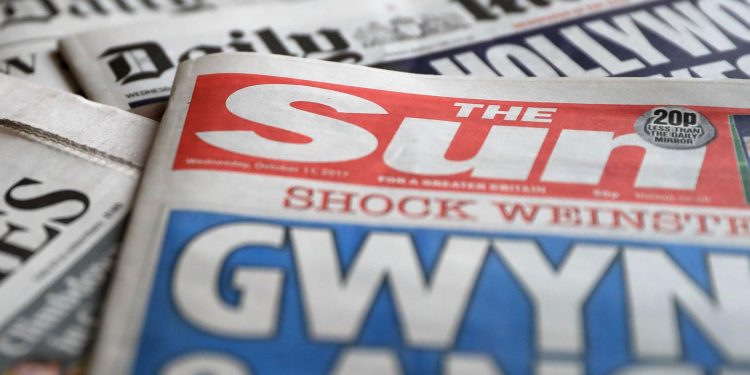 Many of the papers splash on Boris Johnson’s surprise visit to Ukraine and show of solidarity to President Volodymyr Zelensky.

“Welcome To Kyiv, My Friend” states the Sunday Expressfeaturing an image of the two leaders smiling and shaking hands. The paper adds that Mr Johnson has pledged £100 million in arms to Ukraine.

The Observer carries a similar photo of the pair, with the UK’s pledge reported as a “major new infusion of British arms and financial aid to help counter the expected deadly new phase in Russia’s military offensive”.

The Sunday Telegraph adds that Nato is drawing up plans to deploy a permanent full-scale military force on its borders in an effort to combat future Russian aggression following the invasion of Ukraine.

The Independent similarly carries a picture of Mr Zelensky and Mr Johnson during the latter’s unannounced visit to the war-torn country on Friday. It is accompanied by the latest on Rishi Sunak’s family finances.

The Sunday Times also leads with the saga gripping Mr Sunak and his wife over their tax arrangements. The paper claims the Chancellor has moved his wife and two daughters out of their “grace-and-favour flat”, as it wonders if the move is an attempt to “insulate his family from the scrutiny of the Downing Street goldfish bowl”.

“Rishi’s On The Brink,” The Mail on Sunday says of the scandal, carrying claims by friends of the Chancellor that he was considering quitting the Cabinet to spare his family further scrutiny. It came amid revelations that Mr Sunak may have broken US immigration law by possessing a green card.

Elsewhere, Sunday People reports one of Jeffrey Epstein’s alleged victims has called on the Duke of York to appear in court as a witness in a rape case. Caroline Kaufman, 28, says Andrew was staying at the New York mansion of the late billionaire financier when Epstein allegedly attacked her.

The Sunday Mirror claims Coronation Street star Simon Gregson was quizzed in the back of a police van after a “bust-up” in a pub opposite the Grand National racecourse.

And the Daily Star Sunday reports that France and Manchester United forward Anthony Martial has been “dumped by his wife after years of ups and downs”.